Lacquette Named Star of the Week 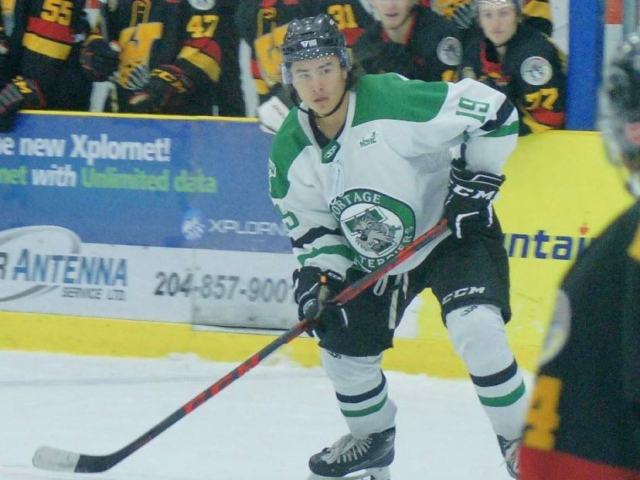 Hayden Lacquette is enjoying a career year with the Portage Terriers and the league is certainly taking notice. He has been named one of the Original 16 Stars of the Week.

In three games last week, Hayden scored two times while adding five assists. Hayden had a goal and an assist in last Tuesday's loss against Dauphin. He then added a goal and two assists in a commanding 6-2 win against Niverville and he wrapped up the week by chipping in with two assists against the Blues.

Hayden leads all defensemen in the MJHL this year with 28 points, seven of which are goals. He also leads Portage in scoring and he's tied for seventh in league scoring with Justin Keck of Swan Valley and Alex Bernauer of OCN.

Lacquette will look to keep it going on Tuesday when Portage travels to Waywayseecappo to play the Wolverines before they welcome OCN to Stride Place for a pair of games on Saturday and Sunday. Lacquette will go up against his old team once again when Dauphin heads to Portage next Wednesday.