Berth In The Grey Cup Is On The Line 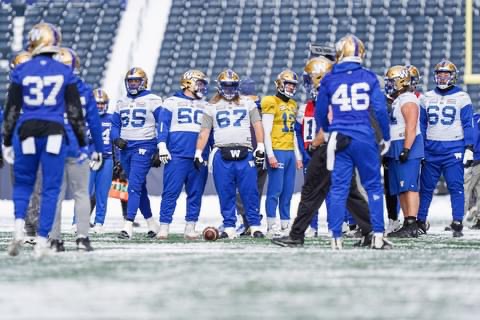 It was a marquee matchup when they played back in July. It's once again a marquee matchup but there is a lot more meaning to this game. The Winnipeg Blue Bombers will host the Western Final on Sunday at IG Field against the BC Lions.

BC downed Calgary last week to earn the right to play in this game with the winner advancing to next weekend's Grey Cup in Regina.

Nathan Rourke is expected to start for B.C. after he returned from injury to end the regular season. He threw for 321 yards last week and two touchdowns. Zach Collaros will get the start for Winnipeg after the team went 15-3 in the regular season, their best record in franchise history.

Blast to the Past:

You can listen to this Sunday's game right here on 730CKDM as we're a proud member of the Blue Bomber Radio Network, kickoff is set for 3:30.