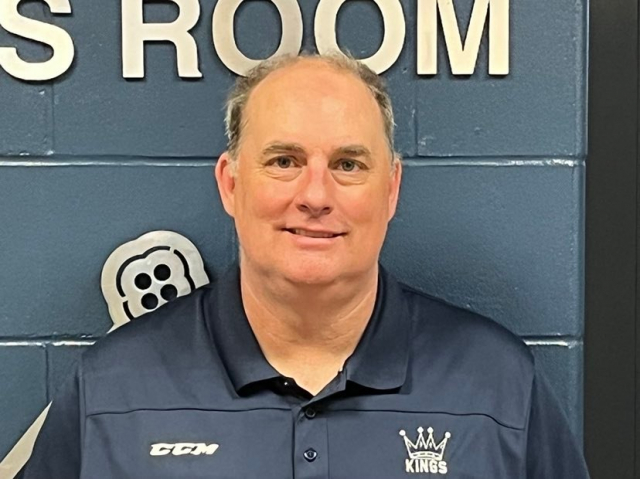 Derrick Brucks spent the past 12 years as a real estate agent in Saskatoon. It was a career that he loved and he was very passionate about it. His wife had already been living in Dauphin which meant Brucks spent some time here in Dauphin over the past couple of years.

Now, Derrick will be here full-time as he has joined the most recent champions of the Manitoba Junior Hockey League. A passionate hockey fan himself, Derrick is the Dauphin Kings' new marketing director and business manager, a position he took over earlier this month.

Brucks said when the job came open, it was something he was very interested in and he's pleased to have been given the opportunity.

"The community has been fantastic, everyone has welcomed me with open arms," said Brucks. "It was a fantastic year for the team with them making the Centennial Cup and I'm happy to be a part of this organization."

Derrick played three seasons in the Saskatchewan Junior Hockey League, two of which were with the Battlefords North Stars. In his final year with them in the 1993-94 campaign, Brucks dominated as he scored 33 times in 68 games and had 76 points.

As the push to the 2022-23 season continues, Brucks says he's looking forward to taking things to the next level when it comes to game day entertainment and so much more.

"Bringing some unique ideas into the fold is something I plan on working on," said Brucks. "Providing a full game-day experience for our fans is important, we have such a good product on ice so it would be great to have a great product off the ice as well."