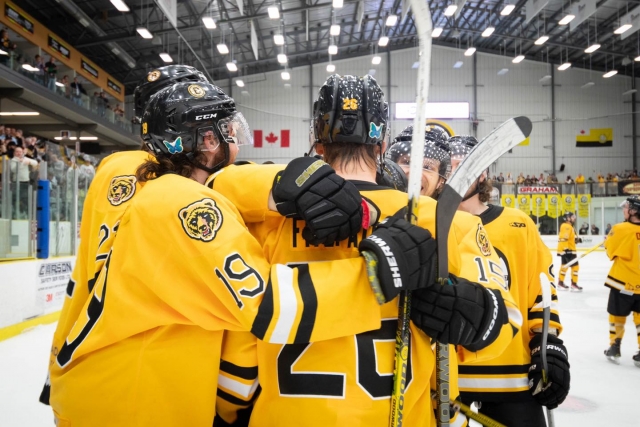 A goal with less than six seconds left in regulation has put the Flin Flon Bombers on the brink of elimination.

Playing game five of their SJHL final against the Estevan Bruins, the Centennial Cup hosts scored with five seconds left to force overtime against the Bombers. In overtime, the Bruins carried most of the play and scored on a shot from the point to win the game, 3-2.

The win has Estevan one win away from winning the league's title; however, they will have to do so in the 'Zoo' if they want to win it in six. Flin Flon hosts game six on Tuesday night at the iconic Whitney Forum where another crowd of near 1600 is expected.

Regardless of what happens, both Estevan and Flin Flon will play in the national championships with the Bruins hosting and the Bombers will serve as the Saskatchewan representative.