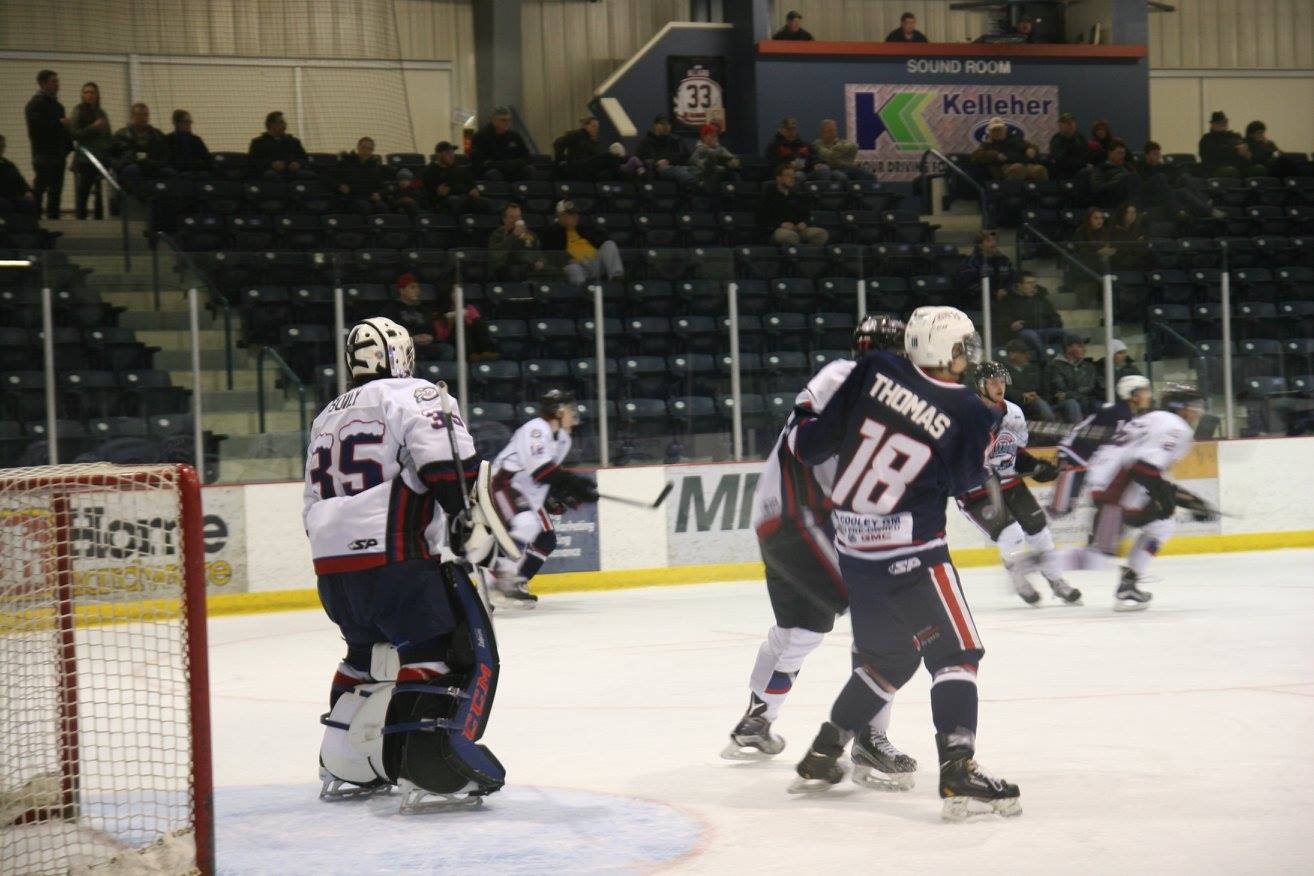 The result came after Kings' D-man Trevor Kavanaugh took a penalty in the fourth period. The slashing penalty, however, was one I thought Kavanaugh had to take as he chased a player on a breakaway.

The Kings never led the contest, but battled back from three different deficits. Goal scorers Sunday night were Romano Morrison (5) and Tyler Garrioch (10 & 11). Garrioch continues to CLEARLY be Dauphin's best player since the start of 2016. He closed out the month of January with six goals and 12 assists for 18 points in 13 games played. Garrioch will reach a milestone on Saturday when he plays his 200th game in the Manitoba Junior Hockey League. When he hits the mark, the Kings Captain will have spent 169 of those 200 with Dauphin.

Going back to Sunday's game, it wasn't that bad of an overall effort from the Dauphin skaters. I thought Kings goalie Brandon Holtby (8-24) would likely want to have two of the four goals against back. Holtby stopped 21 of 25 shots against. The Kings out shot (28), and for a good amount of the night out played the Blizzard.