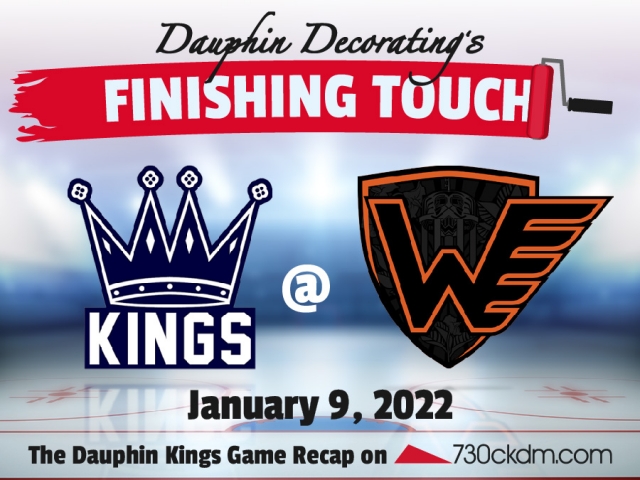 The Dauphin Kings held a lead late on Sunday afternoon but only came out with one point.

Wrapping up a weekend home-and-home with Winkler, the Flyers came from behind to earn a 4-3 win in overtime. The win gives Winkler a weekend sweep over Dauphin while the Kings earned one of four points.

Colby Jaquet, Kaden Bryant and Nick Braun scored for Dauphin in the game as they earned a point after failing to do so on Friday.

Sunday’s defeat was Dauphin’s first extra-time loss of the season. They’re now 23-8-1 on the season heading into a home-and-home with the Winnipeg Freeze next weekend.