U18 Rangers Come Up Short 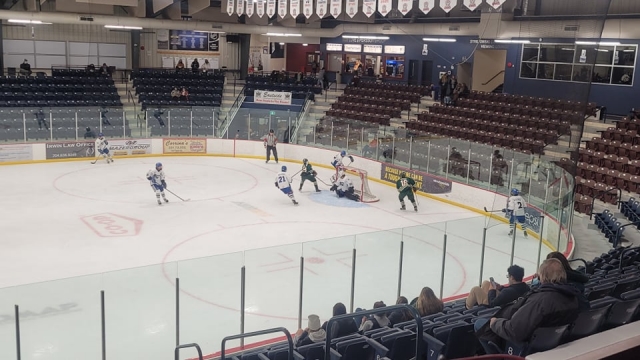 The Parkland U18 Rangers played two tight affairs with the Eastman Selects this weekend; however, they won't come out of the two days with any points.

After dropping a 4-3 game on Saturday, the Rangers fell 5-3 to Eastman on Sunday afternoon. Jayce Legaarden opened the scoring on Sunday to give Parkland a 1-0 lead. But, the Selects scored three straight goals to take a 3-1 lead. The two clubs traded goals in the second and third scoring once each and that was it.

Brenden Birch-Hayden turned away 29 shots. On Saturday, Birch-Hayden made 37 saves and played sensational but Eastman scored with less than 60 seconds left in the game to steal at least a point from Parkland.

Parkland is now 16-11-3 and they're tied for fifth in the league. Eastman; meanwhile, is 22-4-3 and they're just six points behind Brandon for first place in the league. The Rangers welcome the Winnipeg Bruins to town for a pair of games next weekend on Friday and Saturday.