First In The MJHL 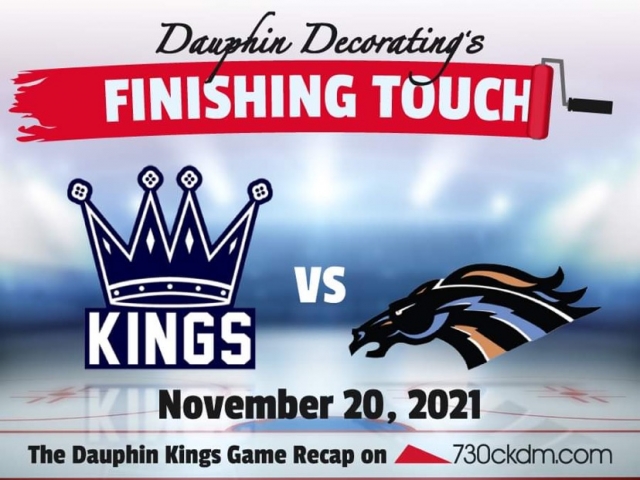 Keaton Woolsey recorded his first MJHL shutout on Saturday night and the Dauphin Kings are the first place team in the MJHL.

Nick Braun scored just a few minutes later and Nolan Wickham scored his first goal as a King in the third period as Dauphin cruised to their 16th win of the season.

With the win, Dauphin has moved into first place in the league, one point ahead of the Pistons and Blues.

Next up for Dauphin is the MJHL Showcase as they'll play Steinbach and the Blues on Tuesday and Wednesday.

The Kings outscored the Stampeders, 16-3 in the four-game set