U15 Rangers Ready For Home Opener 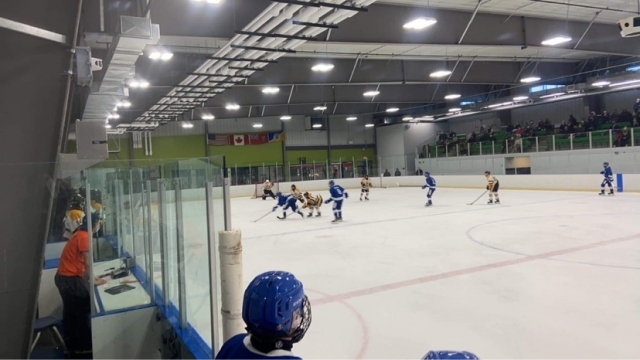 The Parkland U15 Rangers have already played 15 games this season; however, none have come on home ice. The team opened their season back on October 3 against the Pembina Valley Hawks where they won 6-1.

Their next five games came in Winnipeg and now, the team will return to the Parkland for some home cooking as their next three games will come in the region. On Saturday night, the team plays the Winnipeg Thrashers Gold at the GACC at 7:00 p.m.

Following a road frenzy to begin the season, Tom White says it's good to be back at home.

"Everyone is really excited to finally play on home ice," White. "The kids can't wait to step on the ice on Saturday night and give it their all, it should be an exciting one."

The Thrashers Gold are 1-4 to start their season. They opened the season with a 5-4 win and have since dropped four in a row, giving up 33 goals in the process. On Sunday, Parkland welcomes the Thrashers White to the Swan River Centennial Arena for a game at 12:00 p.m.

Entering the weekend, the Rangers are tied for fourth place in the league with their 3-1-2 record. The team has been very consistent offensively, scoring three goals in three of their games. They have also scored six goals in a game once and five twice.

"Things have been going really well for us, we've been involved in every game so far," ended White. "The kids have played 60 minutes of hockey every time they've hit the ice, I'm very pleased with how things have gone so far."

Hayden Shtykalo and Luke Myhre lead the way for Parkland so far with eight points each while Ryan Gower and Isaac Tomchak both have six. In net, Chase Glover is 1-0-2 while Owen Martyniuk is 2-1. After this weekend, the Rangers get a well-deserved break as they don't play again until November 7 when they battle the Wild Green at Credit Union Place.