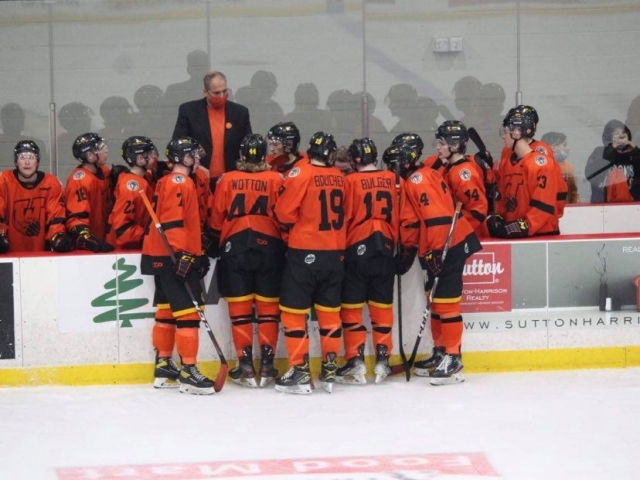 Heading into the fifth week of the regular season, the Manitoba Junior Hockey League's West Division is tight. The Neepawa Titans are at the bottom of the division with five points right now but that only has them seven points behind first place.

In their most recent game, the Wolverines scored five times in the third period, scored four powerplay goals, and downed the Stampeders 8-6 in what will go down as the wildest game of the young season so far.

Offence has been easy to come by for Waywayseecappo as they are tied for the league-lead with 40 goals in their first eight games. Only the 7-1 Winnipeg Blues have as many. The team is also the second-most penalized team in the league, with 197 minutes served. Taylor Harnett is the team's head coach and general manager and he says he's pleased with how things are going.

"We learnt a lot over our first eight games and now we need to continue to grow," said Harnett. "We're satisfied with where we are and there is a lot of work to do."

Next up for the team is another four-game series against the OCN Blizzard. The Blizzard enter the series sliding as they've lost five of their last six games, three of those four came against Dauphin. Waywayseecappo will make the trip to The Pas on Friday before returning home to their Arena Complex on Sunday. Troy Hamilton will lead the team into the weekend set after scoring eight times in the team's first eight contests. The 20-year-old was acquired from the Estevan Bruins -- a team that will host the Centennial Cup in May -- on November 10, 2020.

Six of Troy's eight goals have come on the powerplay and he has one game-winning goal to his name.

"There are a lot of goal scorers that struggle at times and he hasn't experienced that," said Hamilton. "He's always working on being in the right places at the right times and getting pucks towards the net. We expect big things from him and he's certainly making the most of his opportunities."

Lonan Bulger leads the team overall in points with 10, eight of which are assists while Boston Bird has two goals and seven assists. In net, it's the Liam Tereposky show. From Yellowknife, Liam is 5-2 this season with a .881 save percentage to go along with a 3.82 goals-against average. Those numbers perhaps don't sparkle, but Tereposky is a solid goaltender that can steal a game and Harnett and company have a lot of confidence in the young man.

"There's always growing pains and peaks and valleys when you jump into a big spot as a goalie, that's just how it is," offered Harnett. "He's a great kid and he works extremely hard, he's determined to be the best. We're happy with him and he's only going to improve as he continues to put the work in."

Following their series with OCN that begins this weekend, Waywayseecappo will open a series with the Dauphin Kings. That series opens on October 29 at Credit Union Place. The next night, the two teams square off at the Arena Complex.