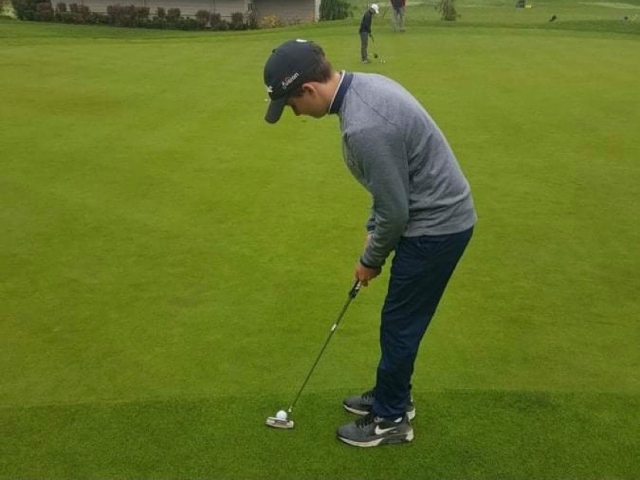 Jackson Delaurier's competitive golf season has come to an end but before it did, the Dauphinite had the chance to compete in the Maple Leaf Junior Tour's National Championship at the Morgan Creek Golf Course in Surrey.

Delaurier says it was the nicest course that he has ever played on and the rising star put together a pretty solid week.

"It was a really fun event, the scores were much better," said Delaurier. "It was fun seeing everyone else's games from across Canada, great experience."

Playing in the event after qualifying based on his performance throughout the summer in Manitoba, Delaurier finished in 13th place in the bantam boys division. He opened the tournament with back-to-back 82s which he then followed up with his best round of the tournament, a third-round, 80.

"I'm pretty pleased that I was consistent, I didn't have one blowup round or anything like that," offered Delaurier. "I definitely left some shots out on the course but overall, pretty happy with how things turned out."

Moving forward, Delaurier said something he really needs to work on is hitting his driver straight consistently as it was something he struggled with at times in Surrey.

"The rough was very penalizing, so that definitely added some strokes to my score when I wasn't hitting the fairways," ended Delaurier.

Jackson is now back on his way to Manitoba.