Carefoot To Remain With U18 Rangers 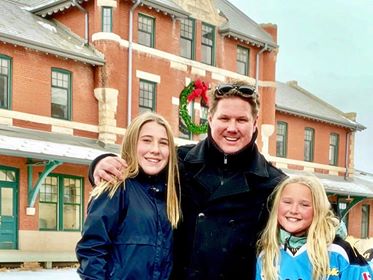 When the Parkland U18 Rangers open their season in late September, Tyler Carefoot will be the man leading the club.

The organization has announced that Carefoot has been named head coach. Carefoot was co-coach last year but will serve as head coach for the 2021-22 season.

"It feels great, I'm very happy and honoured to be able to get the opportunity to carry on," said Carefoot.

The Rangers were atop the league last year at 6-1 when COVID-19 cancelled the campaign. Parkland won their first six games of the season. When this year's camp opens up in September, several players from last year's team are eligible to return, including Rylan Gibbs, Kyan Grouette, and Carter Zalischuk, just to name a few.

The ice has now been put in at Credit Union Place and although camp is still more than a month away, the excitement continues to build for Carefoot and company.

"Everyone is just chomping at the bit to get going. It seems like we should still be in summer mode but with everything that has happened in the past nearly 20 months, just can't wait to get going," ended Carefoot. "There's a lot to be excited about."