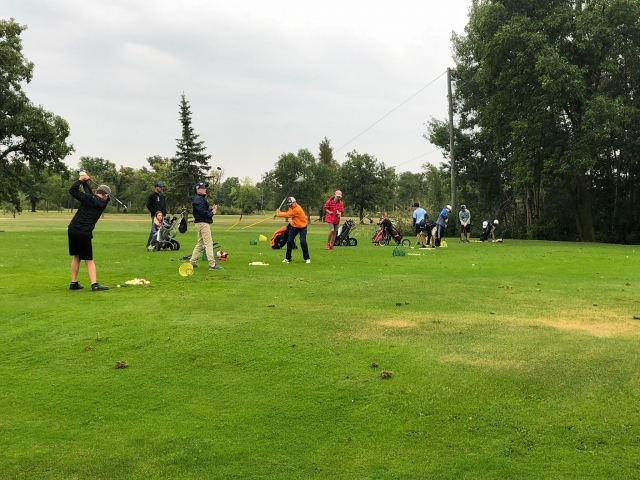 It wasn't for a long period of time but nearly 100 years ago, the Dauphin Lake Golf Club featured just three holes. After adding six more holes a couple of years later, Dauphin Lake now offers a full 18-hole course, one that is very playable for golfers of all skill levels.

Johnny Lawrence was the club's first head professional, on a list that includes Stan Homeniuk who still golfs every day at the course.

And while they have pushed back their formal celebrations, the course will still celebrate on a smaller scale, a huge milestone on Wednesday.

The course's 100th anniversary is on July 21 and a formal celebration will be held in the coming weeks.

The home venue for the Home Hardware two-man classic brought to you by the Gary Brandon Sports Bursary, the Dauphin Lake Golf Club has been a part of the community for almost 100 years and as Ray Karlson says, "we aren't going anywhere".

"It was a little nerve-racking at first, there is a lot to take care of when running a course," said Karlson. "The golf business is all about dollars, people, and customer service. It's been a great five years and I'm looking forward to continuing with what has already been a great 2021 season."

When Ray was hired in 2017, there were just 153 members and very few juniors who played at the course. Now, there are nearly 400 members.

"We got things turned around here rather quickly, people are feeling welcomed when they come to the course," offered Karlson. "We have a great fun atmosphere here, so we're pretty ecstatic with how things are going."

Ray also wants to say thanks to every employee at the club that dedicates their time to make sure the club is a perfect place to be.

The next big event at the course is the Kings Par 3 Extravaganza, which takes place on Saturday, August 14.