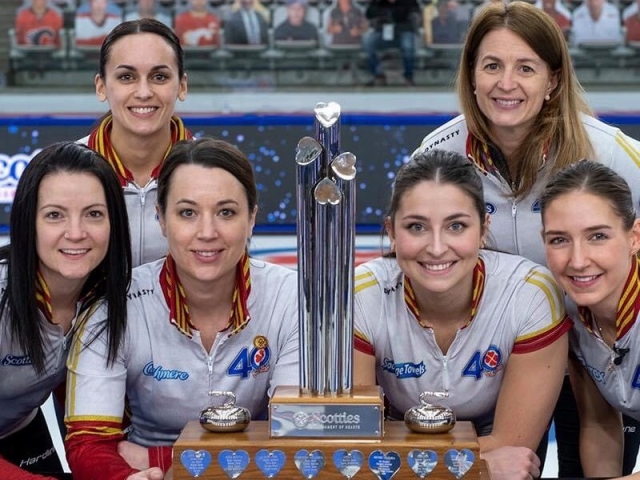 Calgary has been the curling capital of Canada in the past few months as the coronavirus pandemic has forced the sport to host all of its national championship and grand slam events in a bubble at the Markin MacPhail Centre.

The first event played in the bubble was the Scotties Tournament of Hearts from February 19-28. Team Kerri Einarson went into the event as the defending champions and they were back ready to prove that they could get it done again.

Seven straight wins out of the gate put Team Canada in a great spot. Following a 7-4 loss against Rachel Homan in their eighth game, the Manitoba-based foursome went right back to their winning ways as they won five of their last six games to ultimately win the championship.

Falling behind 3-2 in the final after four ends, Team Einarson scored a big three points heading into the fifth end break and they finished the game with a 9-7 victory. Einarson finished the game at 88% while Briane Meilleur's 95% was the top of any player.

And as it's now world championship eve, Einarson says winning a national title never gets old, especially because she's now done it in back-to-back years.

"It's such an amazing accomplishment, I never even dreamt about winning back-to-back national titles," said Einarson. "We're very excited about it and we're looking forward to getting back on the ice to practice on Thursday ahead of Friday."

At the end of the Tim Hortons Brier, the focus inside the Calgary curling bubble switched to mixed doubles as the top curlers in Canada competed in the Home Hardware mixed doubles championships. Einarson teamed up with Brad Gushue. Gushue's curling resume includes winning 11 grand slam titles, one Olympic title, and he's also won the world championships twice. At the Canadian mixed doubles Olympic trials in 2018 at Stride Place in Portage La Prairie, Gushue finished second to John Morris and Kaitlyn Lawes.

This time around -- although there was no Olympic berth on the line -- Gushue went all the way. The duo of Einarson and Gushue lost just two of their 12 games and their win against Kadriana Sahaidak and Colton Lott in the final gave them both their first national mixed doubles title. The tournament marked Einarson's first time playing mixed doubles at the national level and clearly, she got the hang of it very quickly.

"That was a really special moment. I know Brad was pretty disappointed about their performance at the Brier, so he texted me and said let's find a way to win this," offered Einarson. "I laughed and say yup, let's do our very best. We went out and had a lot of laughs and found a way to get the job done." 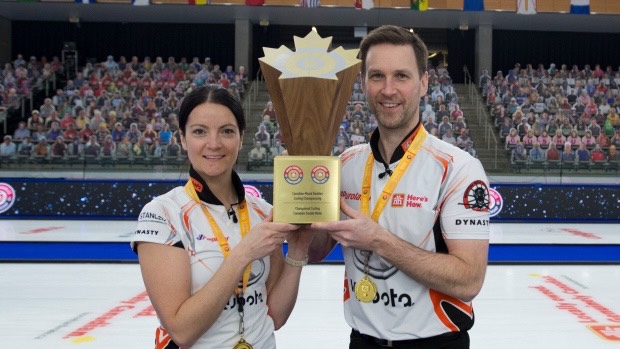 Kerri and Brad will head to Aberdeen, Scotland for the world mixed doubles championships that will be played from May 17 to 23. But before that, we'll continue to take a look at what a great few months it has been for the entire Einarson foursome.

After Niklas Edin won the men's worlds championships, the action was set to continue for Einarson as her team played in the Humpty's Champions Cup, an event that's part of the Grand Slam of Curling. Team Einarson advanced to a semifinal, but they came up short against Team Homan, a team that went on to beat Team Tirinzoni in the final. Disappointed with their semifinal loss, Team Einarson didn't have to wait long to get back on the ice.

Just one day after the Humpty's Champions Cup wrapped up, the Players Championship took centre stage and this time, Einarson wasn't to be stopped. Their only loss of the event was against Team Tirinzoni in their third game.

Other than that, Team Einarson ran the table, which included defeating Team Homan in the final. The victory gave Team Einarson their second title in the bubble, while it was Kerri's third after winning the mixed event with Gushue. 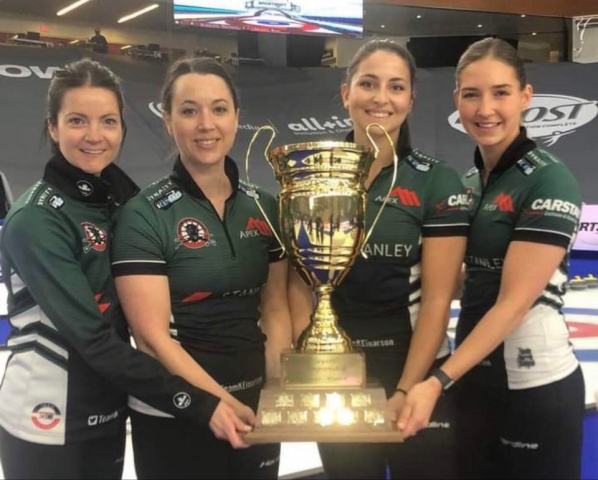 Now Team Einarson is hoping to continue with the success they've enjoyed this season. The best women's teams have entered the bubble as the world women's championships begin on Friday.

Entering the event as one of the favourites, Team Einarson will battle one of the other favourites to open up their event on Friday. Canada squares off at 2:00 p.m. against Sweden, skipped by Anna Hasselborg.

A full 14-game round-robin will be played with the final set for next Sunday.

"We just want to go out and continue to enjoy this great experience," ended Einarson. "It's really special for us to be given the chance to be Team Canada. Our goal is to have some laughs and we don't want to put too much pressure on us. That's how we can have success."