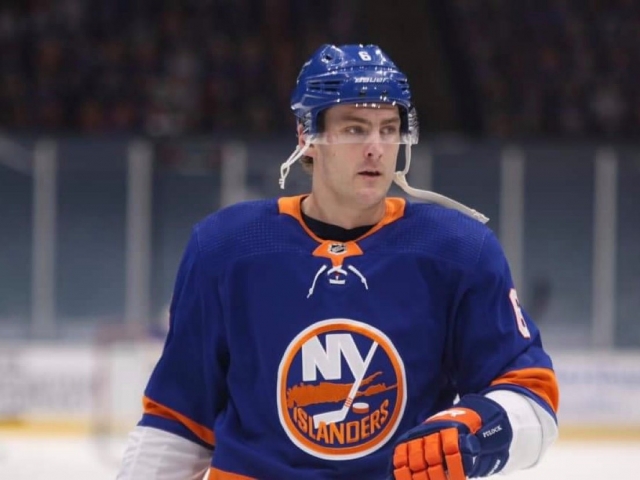 There are only two teams in the National Hockey League that have 18 wins on home ice this season. The Colorado Avalanche are 18-4-2 on home ice as they lead the West Division. And while the New York Islanders don't lead the East Division, they have been nearly unstoppable on home ice.

Ahead of two games against the Boston Bruins, New York is 18-2-2 at home this season, which gives them the best home winning percentage of any team in the league. The Islanders have put forward some great defensive performances while they have also been getting it done offensively at home.

In six home games in April, the Islanders have given up more than two goals just once and it came in an 8-4 win against Washington back on April 1. Ryan Pulock -- is in his fourth season with the Islanders -- and continues to be one of the team's most reliable players on the back end.

"It's important to take care of home ice and we're comfortable playing in our building," said Pulock.

The Islanders can reach the double-digit mark in wins on the road on Thursday when they begin the back-to-back set against Boston before travelling for a game in Philadelphia on Sunday. After he posted 10 goals last season in 68 games, it took Ryan much longer than he thought it would to notch his first this season, but it came at a great time. Playing the Rangers back on Sunday, Ryan took a beautiful pass from Mathew Barzal and he fired it past Igor Shesterkin as Pulock scored his first goal and the Islanders picked up a 3-2 victory.

Pulock says he's been playing very well this season despite not scoring many goals, but he says it was nice to find the back of the net.

"I haven't really gone through a stretch in my career without scoring, it's part of my game," offered Pulock. "There was a bit of frustration that set in, but I just want to stick with it because I'm playing really good hockey. To score an overtime goal against the Rangers is always special being our rivals."

There weren't many big moves on trade deadline day in the NHL, but the Islanders certainly made a splash. The team acquired Kyle Palmieri and Travis Zajac from the New Jersey Devils as they look to make a big run at the Stanley Cup after making the Eastern Conference Final last season. Already a solid team before adding two elite forwards, the Islanders' depth has improved that much more as the regular season nears a close.

"It's an exciting time here when you're able to make a trade to make the team better," offered Pulock. "They're both excellent players who will help us succeed."

The Devils also retained 50 percent of both Zajac's and Palmieri's salaries.

Just 14 games remain for New York in the regular season and they're currently chasing the Washington Capitals who have 60 points and lead the East by two points over the Islanders while Pittsburgh is just four back. Of the 14 games, eight of them will come on the road including the season finale on May 10 against the Boston Bruins.