Manitoba's Top Curlers Off To Neepawa 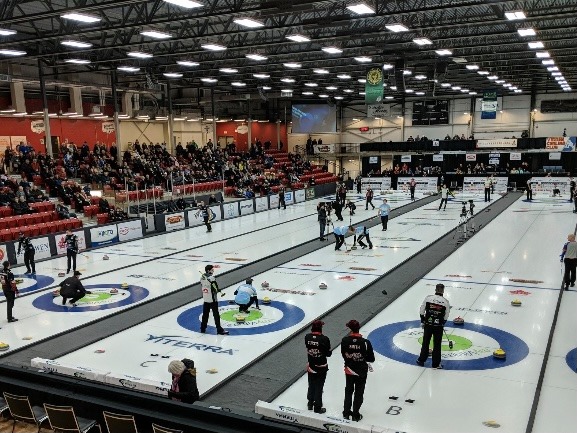 The top men's curling teams in the province are heading to Neepawa in two years. Curl Manitoba announced that the Viterra Championships will be played at the Yellowhead Centre.

The Viterra Championship wasn't played this season because of the COVID-19 pandemic. As a result, Team Gunnlaugson represented Manitoba at the Tim Hortons Brier while Team McEwen -- also of Manitoba -- was Team Wildcard.

Scott Newton is with the organizing committee in Neepawa.

"It's very exciting. Whenever you get to bring a provincial championship to town, you always jump on it," said Newton. "Everyone is looking forward to hosting this big event."

The 2023 event will mark the second time that Neepawa has hosted men's provincials after Jeff Stoughton won the event at the Yellowhead Centre in 2013. Newton says Neepawa is the perfect place to host an elite event and the entire community will come together to assure it runs extremely smoothly.

"Our facilities are top-notch. Having the arena and the hall right next to it, that's key," said Newton. "We have a large volunteer base to pull from so that's great as well. We're also just a short drive from the city and teams coming from rural communities won't have to travel far."