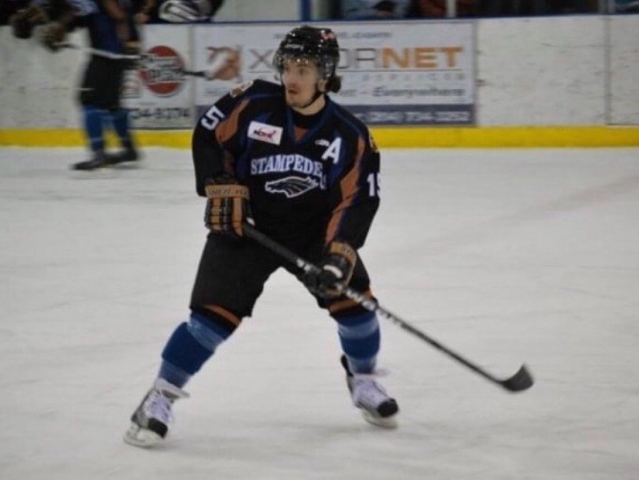 After a solid stretch with the Parkland Rangers program, Ryan Marshall made the jump up to the Manitoba Junior Hockey League as he joined the Swan Valley Stampeders.

Following three games played in the 2007-08 season, the Ste. Rose forward became an everyday player with the team the following season and offensively, he produced at a high level. In his first full season with them, Ryan chalked up 33 points in 60 games before he more than doubled that the next season with his 76 points and he added another eight points in 10 playoff games.

Looking back at his all-star performance, Ryan says it was great getting the chance to play in the game.

"Being selected as an all-star is always a great pat on the back. With that being said, I couldn't have done it by myself," said Marshall. "I had a great group of teammates in Swan Valley that pushed me and helped me succeed."

Marshall put up 49 points that season and the campaign ended up being his final with the Stampeders. In 168 MJHL regular-season games, the firefighter from Ste. Rose scored 69 times and added 90 assists. He had another 10 points -- three of which were goals -- in 15 playoff games with the team.

"I really enjoyed my time in the valley, it was great," continued Marshall.

Ryan's junior career would continue the following season in the Saskatchewan Junior Hockey League as he joined the Humboldt Broncos for the 2011-12 season. Knowing they were set to hold the Royal Bank Cup that year, the Broncos loaded up their roster with a bunch of elite players and they went on to win 42 games in the regular season, the most in the league. The team's 240 goals were also the most in the league and Ryan scored 13 of them.

Heading into the playoffs as the league's top team, the Broncos cruised to a league title as they lost just four games in their three series. Marshall stepped up big time in the playoffs as he scored six times and had 17 points in 16 games as the Broncos won the Canalta Cup in Weyburn back on April 13, 2012.

As we fast forward, Humboldt was set to go head to head with the Portage Terriers as the two teams clashed in the Anavet Cup. The series went down to the wire and ultimately, Humboldt came out on top as they won the championship in seven games.

The series also included a three-overtime thriller in game six, won by Portage. Marshall's solid performance in the SJHL playoffs that year carried into the Anavet Cup and he posted nine points -- six of which were goals in the seven games -- as he was named the Anavet Cup's most valuable player.

"That was an extremely special series. We knew Portage was really good heading in so we had to play our best hockey," offered Marshall. "I was just glad that I was able to help out and to be named the most valuable player meant a lot to me." 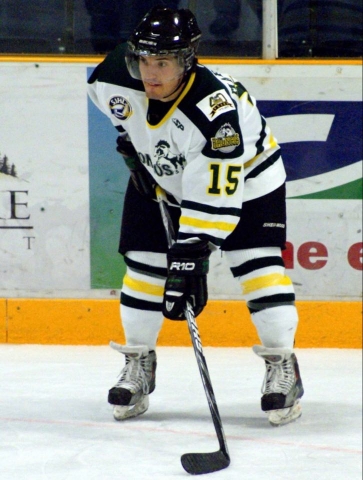 The only thing standing in the way of Ryan and the remainder of the Broncos from becoming national champions were four of the best teams in Canada, including the Terriers who were guaranteed a spot in the nationals after Humboldt won the SJHL.

Humboldt cruised in the round-robin as they went a perfect 4-0 which put them in the semifinals against the Woodstock Slammers. Despite outshooting the Slammers by more than 20 in the game, Woodstock shocked the host team, 4-3, in overtime.

The season included a league championship, Anavet Cup, and although they weren't able to win the national championship on their home ice, Marshall says getting the chance to play in the event was a huge thing.

"It was a great experience, there's no doubt about that," ended Marshall. "To be playing in the final tournament of the season for the biggest prize, that's always something you remember. It was a pretty big heartbreaker that we weren't able to get it done, but it was still a tremendous year."

Marshall says the biggest thing he has taken away from playing junior hockey is the friendships he made and lessons that he learned.