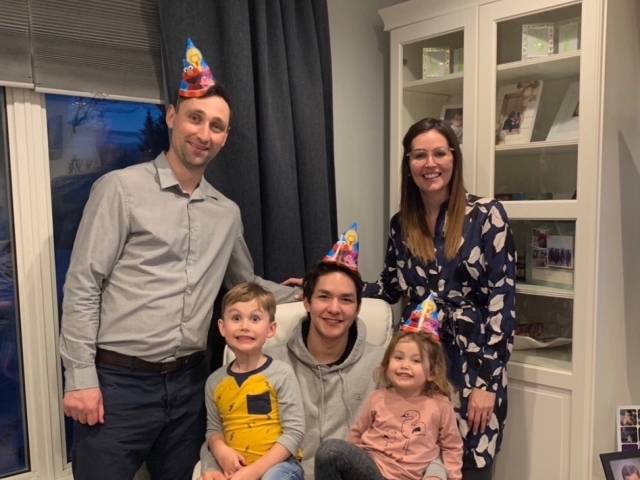 Jordan Pernarowski played in 163 games with the Dauphin Kings and that includes a 13 game playoff run in the 2005-2006 season. In the previous season, he was named to the MJHL's all-rookie team after he scored five goals and 16 assists.

In the season where the team played 13 playoff games, Pernarowski was a common contributor to the team's success. He racked up 49 regular-season points before scoring another three playoff goals and he had nine points.

Following that season, Jordan continued his hockey career as he earned a scholarship at the University of Alaska-Fairbanks. He played in 23 games and after graduating, Jordan and his wife, Tammy moved back to Dauphin where the former King was born and raised.

Growing us as a Kings fan, Pernarowski was given the chance to get up close and personal with many members of the team throughout his young days as his parents were billets, just like the Kyle family and so many more are today. For the past three seasons, Jordan has been a billet father and his wife has been a billet mom. The Dauphinites have welcomed Nakodan Greyeyes into their home with open arms.

Greyeyes who has been back on the ice practicing with the team this week is ready to make his debut after missing the first six games of the season and all of training camp. He is in his third season with Dauphin and was an all-star last year.

"Nakodan has been absolutely amazing. He fits right in with the family," said Jordan Pernarowski. "He's an amazing kid and we're super happy that he is living with us."

It's a house of six at the Pernarowski's. Besides Jordan, Tammy, and Nakodan, Tammy's little sister, Adryanna also is living with the family as well as Jordan's and Tammy's son and daughter, Landon and Brooklyn. Landon is turning seven-years-old while Brooklyn is turning four.

"Nakodan always has time for the family and it's pretty incredible as parents to see his bond with our kids," continued Jordan. "He comes and visits in the summer to spend time with the kids, it's great." 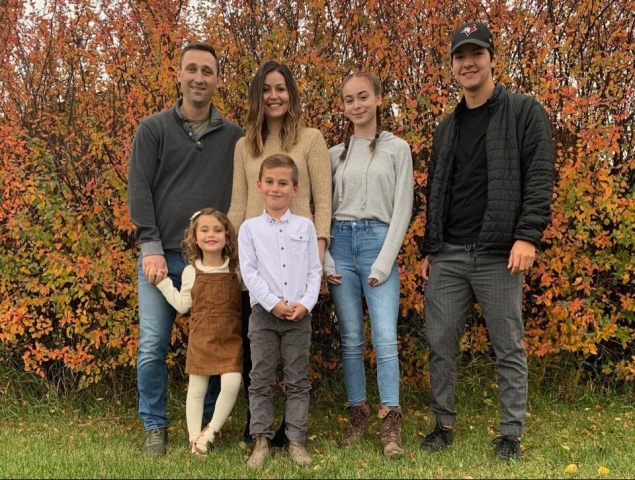 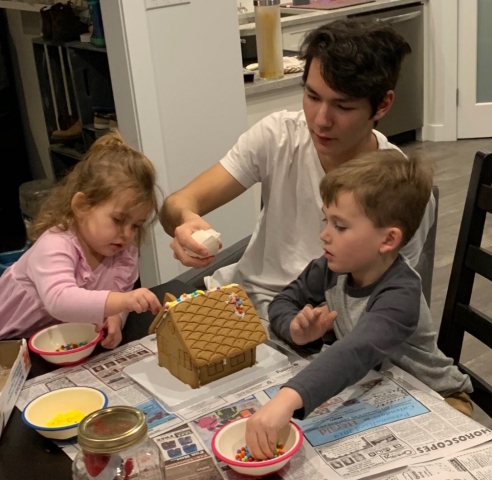 Jordan and Tammy are treating this year as a bonus one with Greyeyes. He was originally going to play in the United States Hockey League, but decided his best option during the pandemic was to stay close to home.

Greyeyes added up 74 points last year -- 24 of which were goals -- and he could return to the lineup this weekend. The OCN Blizzard and Kings will meet twice at Credit Union Place on Saturday and Sunday.

"We're really excited to see him back on the ice and I know he is as well," ended Jordan. "We can't wait as a family to watch him again."

Spending time together at the billet Christmas party is one of the best memories that Jordan remembers. Of course, there have been so many others and there will continue being moving forward.

You can listen to Darnell Duff's full interview with Jordan during the Dauphin Kings Power Play Show which is tomorrow after the 4:00 p.m. news, weather, business, and sports.