Sauder Brings His Talent To Rangers 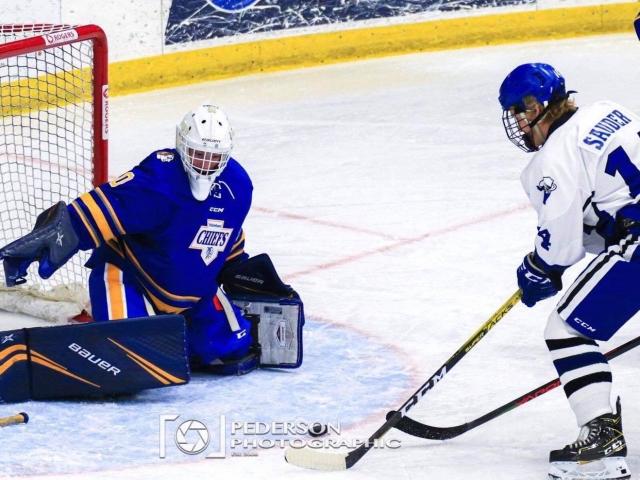 Trey Sauder's season began with the Swan Valley Stampeders. The Swan River 17-year-old was aiming to make the team and he definitely opened up some eyes throughout training camp and the preseason.

He got into one game against OCN back on September 25 in a 6-3 defeat. Although he didn't make the Stampeders this season, the gifted forward has a goal of making that team next season and with this season's AAA campaign now underway, Sauder is back with the Parkland Rangers program.

He played two seasons with the U-15 team before he went and played high school for the past two seasons.

During his time with the Swan Valley Tigers, Sauder was a man that couldn't be stopped. In the 2018-2019 season, he scored 30 goals and he added 36 assists as he won the league's scoring title with 66 points, one more than Brody Robinson.

The young man was back at it again last season when he scored 40 goals and added 37 assists as he crushed his career-high from the previous season. Just like the previous season, Sauder once again won the league's scoring title with his 77 points.

With the U-18 Rangers now as the team is 4-0, Sauder is back doing what he does best and that's scoring goals. In those four games, he's already tallied five goals and he has eight points.

"I think playing high school helped me with my confidence level, I got a feeling what it was like to score and it was always a good feeling," said Sauder. "It feels great to be able to help the team win games, that's the most important thing."

Parkland is off to a great start to the season. After opening the season with a 10-1 thrashing of Norman, the team beat Yellowhead three times in a row.

They have scored 29 goals in their four games this season which is the second-most in the league behind Brandon who is 5-0. At 4-0, Parkland is in second place.

"4-0 is certainly a good start. We have a great group of guys that will do anything to help the team win," offered Sauder. "We just have to continue playing every game as hard as we can and that will give us our best chance to win."

Parkland practiced last night, they will practice tomorrow night and once next Tuesday before they're back in action.

They continue with divisional play as they play three straight against the Southwest Cougars, beginning next Wednesday. Although the Cougars have lost three games, all three have come in overtime and they are expected to be one of the top teams in the league.

One of their leaders is Zach Turner who is a Dauphin King prospect.

After the three games against Southwest, Parkland plays Norman three times in a row before continuing in their division to play three straight against Brandon. Playing just a 36 game schedule, Sauder knows how important every game is the rest of the way.

"We have to stay disciplined and we can't take a period off," ended Sauder. "Our coaches are great and they help us succeed. I think everyone is looking forward to the challenge coming up with some really good teams."