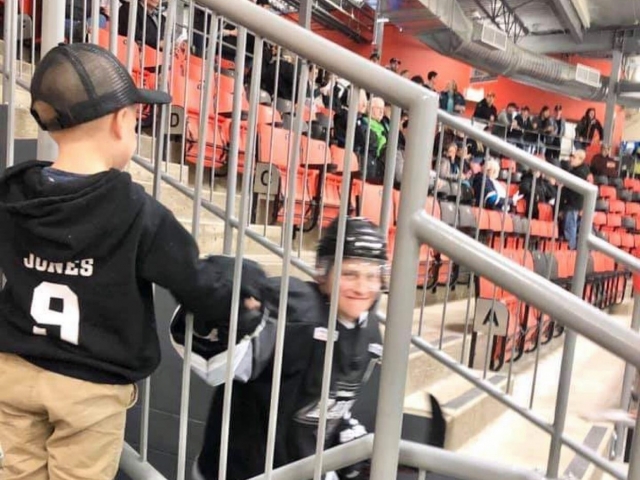 The Parkwest School Division has suspended all high school sports due to the novel coronavirus. The Major Pratt Trojans in a normal year would ice a team in the Westman High School Hockey League; however, because of the suspension by the school division, that is not the case this season.

The WHSHL has announced that they will go ahead with a season, but it won't involve Major Pratt. There will be hockey in Russell despite the news as through the Russell Minor Hockey Association, the Russell Rams will ice a U-18 team that will play in the Parkissimo Hockey League.

"We're excited to have a lot of our players come back," said Bomback. "I feel that we're going to be a pretty competitive team in the league. Considering the circumstances, we're just happy to be able to play."

Joining Arlis behind the bench will be Brock Nixon. From Russell himself, Nixon is one of the most successful hockey players in Parkland hockey history having played the better part of seven years professionally. He also played in the Western Hockey League and USports with the Calgary Dinos where he served as captain in his final year.

Including playoffs in the past two years with the Russell Rams of the North Central Hockey League, Brock scored 44 goals and had 109 points in just 44 games.

The team will also be reaching out to Chad Kilimnik who they hope will join the coaching staff. Also from Russell, Chad played hockey with the Parkland Rangers program and in the MJHL with Waywayseecappo and OCN.

"We've basically just taken the high school program and just implemented it into our U-18 roster and coaching staff," ended Bomback. "As I said, we're excited to have a lot of the returning players coming back and we're really looking forward to getting the season going."

There will be a managers meeting in the very near future which will likely include some of the schedulling. Arlis expects a season will begin early to mid-November.