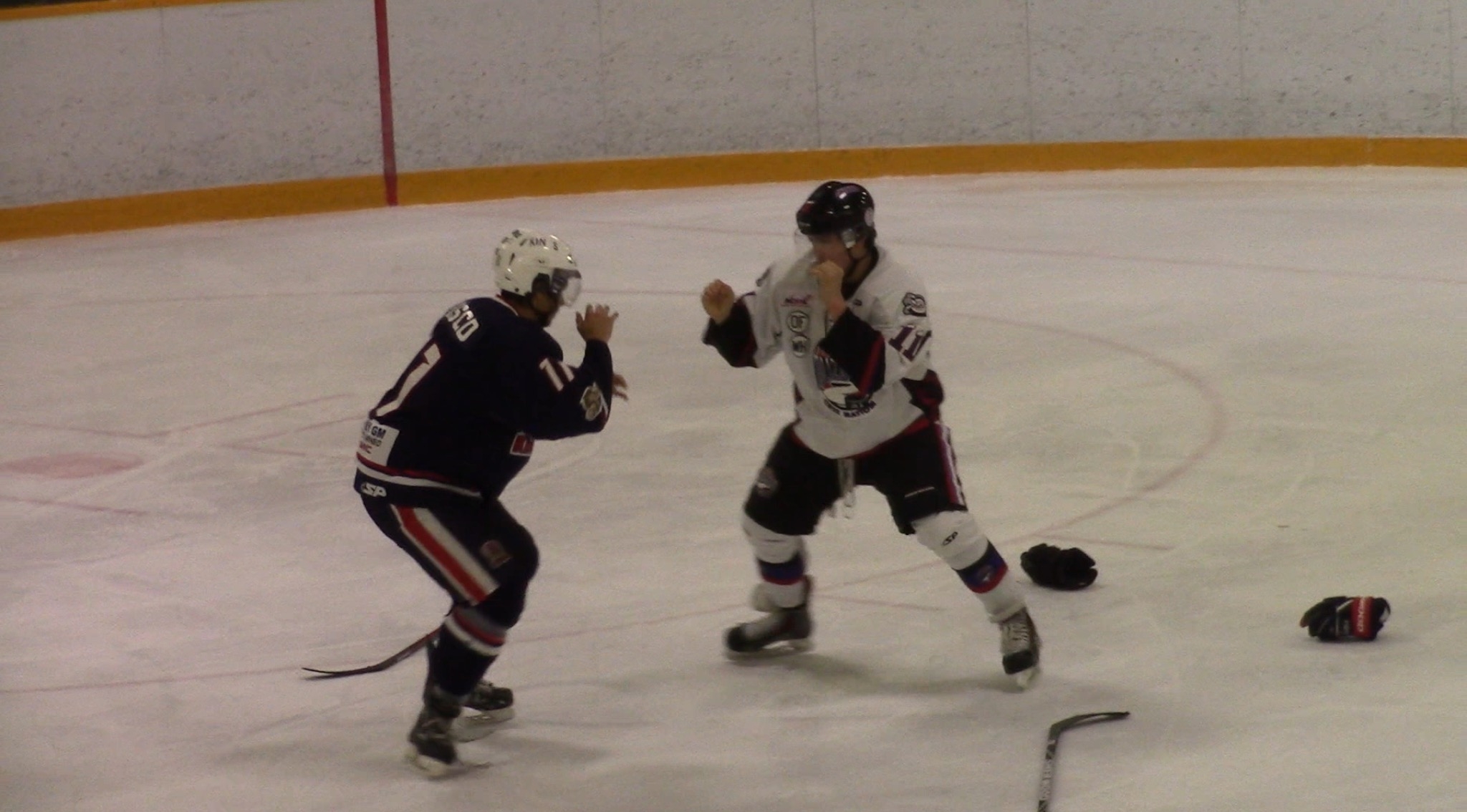 The Dauphin Kings played a much better game on the road Saturday night in OCN, but it still resulted in a loss, this time 5-4 to the Blizzard.

The Kings were forced to play catch up all night after falling behind 1-0 in the first seven minutes of the tilt. The club got within a goal numerous times but couldn’t complete the comeback.

In the first period Dauphin had multiple chances and hit three posts, however they fell behind 1-0 after 20. Tyler Garrioch also had a breakaway in the opening frame but he couldn’t finish.

In the second period the Kings snagged two goals. Tyler Garrioch (5) got Dauphin’s first, followed by Trevor Kavanaugh (2) later on in the period. The Kings went to the dressing room down 4-2 after 40.

Dauphin was excellent in the final frame, outplaying OCN for most of the 20 minutes. Landon Plett (4) gave the Kings early momentum but OCN responded to go up 5-3. Then with a 5 on 3 Power Play Brandon Young (2) powered one through to make it 5-4. The Kings would come close in the final four minutes but couldn’t get on even terms.

For a full rundown of the game... CLICK HERE!!!