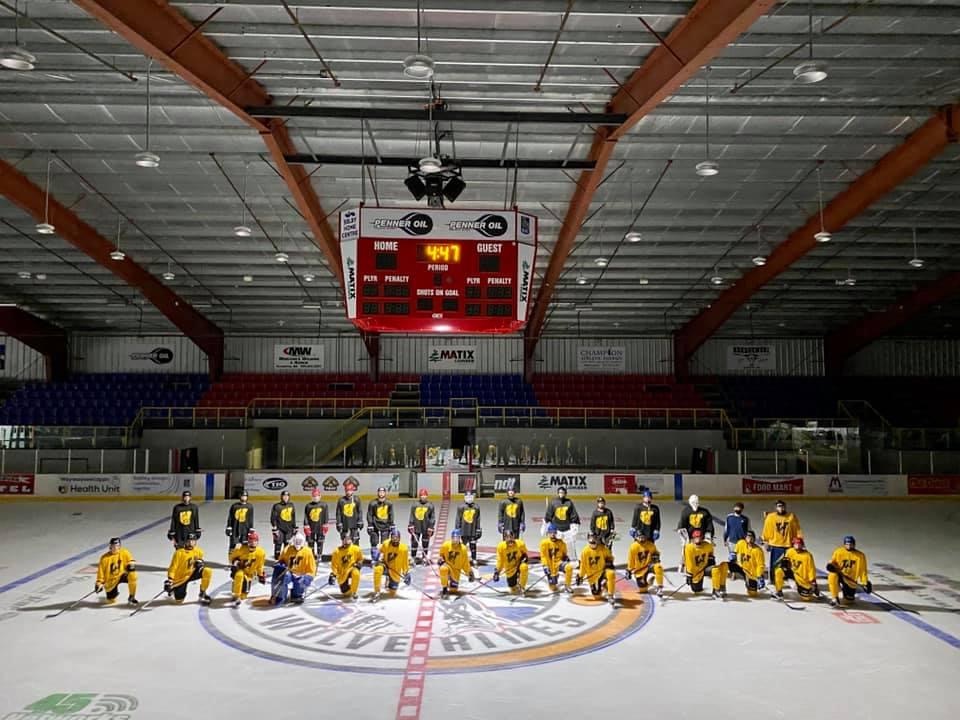 There is just one more day of preparation for teams across the Manitoba Junior Hockey League as the puck will officially drop on the 2020-2021 season on Friday evening at six different facilities across the province.

In Dauphin, the Kings will play their home opener against the Waywayseecappo Wolverines, a team that has certainly improved over the past couple of years under Head Coach and General Manager, Taylor Harnett. Wayway finished in fifth place in last year's regular-season and were down 2-1 against Swan Valley in the first round of the playoffs when the season was ended.

Ahead of Friday's game, Wayway opened up main camp on Friday, September 18, which led up to the Joe Brandon intrasquad game on September 20. The preseason began for the Club just three days later with a 3-2 overtime loss against the Virden Oil Capitals. Two days later the team beat Neepawa, 4-3 before they ended their exhibition schedule with a 5-4 loss against Neepawa. In that final game against Neepawa, the Natives opened up a 5-1 lead after 40 minutes and their comeback bid come up just short.

The team welcomed familiar faces such as Jaymes Knee who led the team in scoring last year as well as Mackenzie Belinski who is from Vista and was acquired in the offseason. They also welcomed Tyson Zimmer who scored in the game against Virden as well as Ryder and Josh Thompson. Thompson has since been sent down as he's playing on the Parkland U-18 Rangers.

"We're really excited about how the process has been going for the past three weeks," said Harnett. "Everyone is really excited to get going and it should be a fun journey that starts in Dauphin on Friday."

As noted above, Jaymes Knee is back in Wayway after he produced 19 goals and 39 assists last season for the team in 56 games. Jaymes finished in a tie for 12th in league scoring and his 39 assists had him ranked in a tie for ninth. The 19-year-old from Brandon opened his junior career by playing in 59 games for the Kings -- the team he will battle against eight times this season -- and he chalked up 42 points in that time. He has now played in 84 with the Wolverines where he's added up 84 points.

"We expect big things from the young man, there's no doubt about that," continued Harnett. "I think the one thing that helps Jaymes is he relies on his teammates and he makes everyone better around him when he's on the ice. Also with that said, I think he has some personal goals he wants to set, but he does a great job of just focusing on what the team needs before what he needs."

Other players to watch:

Mackenzie Belinski - 20-year-old that is ready for his fourth and final season of junior eligibility. From Vista, He's scored 53 goals and added 75 assists in 172 games in the league. In just two seasons playing with the Yellowhead U-18 Chiefs, he recorded 90 points, 31 of which were goals.

Conrad Phillips - 20-year-old that is entering his third season with the team. He's scored 39 goals and added 32 assists for a 71 point total in 117 games.

Reagan Rabbit - 19-year-old defenceman with good size that had 12 points last season. This will be his second season with Wayway.

Kieran Thiessen - He had three goals and four assists in just 27 games with Wayway last year. Also had two assists with Transcona in the MMJHL and now he's back with something to prove as a 19-year-old.

"We know what our expectations are as a group and they're realistic," ended Harnett. "That goal is to focus on having a long playoff run and we want to bring a championship back to Waywayseecappo. The most important thing is we have a group here that believe that is attainable and that's important."

After Friday's game in Dauphin, the Kings will head to Wayway for the Wolverines opener.