Stampeders Gear Up For Regular Season 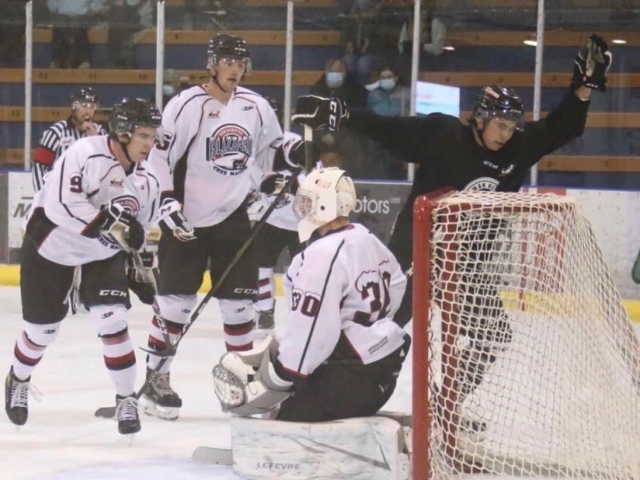 The Swan Valley Stampeders weren't exactly pleased with how things turned out in the preseason. They gave up 13 goals -- six of which came against Dauphin in the annual rookie game -- as they finished their short exhibition schedule with one win and two losses.

Besides their defeat against Dauphin, the Stampeders ended up splitting a pair of games against OCN, their northern rivals. Jayden Perron scored twice in OCN's 6-3 win against Swan Valley, five of the goals came in the third period.

With their most veteran and experienced lineup of the preseason playing against OCN to finish things up, the Stampeders scored four straight goals in a 4-1 win. Newcomer Haydn Delorme who was acquired from Prince George in the offseason scored a goal in the game as did Quin Mulder, Jackson Betcher, and Jayce Nikbakht. Barry Wolff is back as the team's head coach and general manager and he had this to say on how the preseason went for the Club.

"I don't know if the two losses concern us because it's only the preseason, but we still hate losing games," said Wolff. "As we progress throughout camp and our games, we're happy with where we are, but we certainly have a long way to go."

Wolff says the biggest focus this week ahead of this weekend will be working on systems.

"Some guys that come in have habits at lower levels, but you won't get away with some of those things in this super competitive elite league," said Wolff.

This year's Stampeder roster will have plenty of local content, led by 20-year-old Lane Kirk who is from Swan River. Also from Swan River are Jayden Mosiondz, Carter Cockburn, and Betcher. 10 players from last year's team have returned, including all-star goaltender Mikael Foucher.

"It's pretty exciting for those local guys. Cockburn and Betcher came in as young guys and they've both taken steps ahead each year," said Wolff. "When it comes to Kirk, what else can you say about the man. He's always been a leader."

Without a college commitment, Foucher has one more year to show what he can do and if last year was any indication, the St. Hubert, Quebec native will be a tough man to beat. Foucher won 24 games for Swan Valley last year and his .917 save percentage was the second-best in the league only behind Matt Lenz and his 2.80 goals against average was third in the league. In his lone action this preseason, he turned away 30 shots in that 4-1 win against OCN as he picked up right where he left off last season.

Foucher has said in the past that he knows how important this season is for him individually and Wolff is expecting big things from the 20-year-old.

"He's pushed hard over the off-season and he's extremely eager to get a college commitment," ended Wolff. "His work ethic has been extremely strong so far and he's going to relied on heavily this year."

Swan Valley plays the first of four straight against OCN as they open their season on Friday night at the Gordon Lathlin Memorial Centre. The team's home opener is just 24 hours later at the Centennial Arena where 500 fans will be permitted in the stands. After four in a row against the Blizzard, the Stampeders remain in their division to play four straight against Waywayseecappo. The Stampeders' first out of division action is November 6 and 7 when the team plays the Selkirk Steelers.

The first of four Parkland battles in a row is on November 20 in Swan River. You'll be able to hear that game with Darnell Duff.