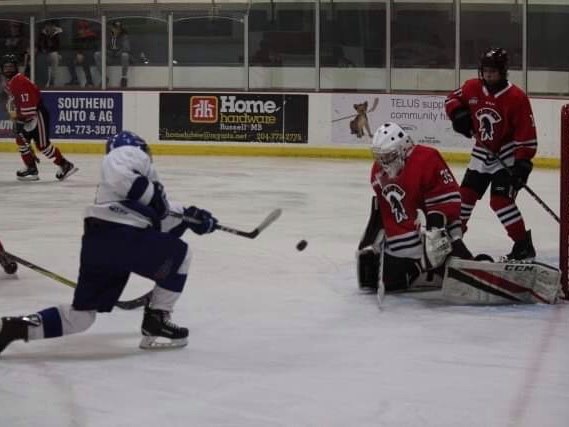 It's been a busy month for the Parkland U15 Rangers as they look to trim the numbers down and create a final roster. At this point, the league is waiting for approval from Hockey Manitoba to confirm that league play can begin just as the U18 Rangers are.

Tom White is returning as head coach of the program after a couple of very solid seasons. Last year's team were favourites to win the rural provincial championships before the season was cut short because of the novel coronavirus.

They held their tryouts back on September 4-5-6 in Swan River and they have now held five other practices.

"Everything is going well, the kids have had some solid skates up until now," said White.

Nine of the forwards that remain with the team are born in 2007 which means this is their first year of full-time bantam hockey. The list includes a strong McCreary presence with Ryan Gower, Brody Fayant, and Brady Turko still remaining with the team. The McCreary trio dominated the peewee age level last year.

Tom's message to the team has been just to go out and compete. If that happens, good things will continue to happen for a program that continues to ice extremely competitive teams over the years.

The Rangers will have another practice tomorrow in Swan River before they return to Dauphin for an intrasquad game on Monday evening.