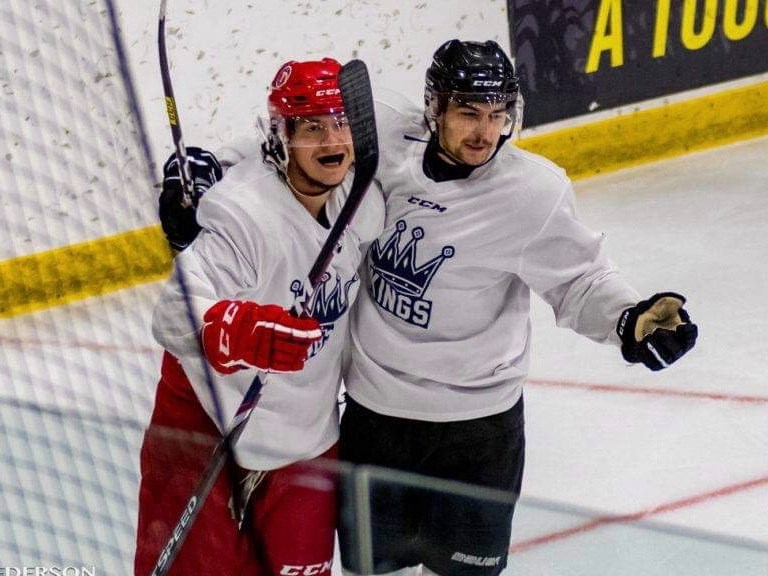 It was a dominating performance from start to finish and as a result, the Dauphin Kings kicked off the preseason with a 6-1 win against the Swan Valley Stampeders.

The Stampeders only hit the double-digit mark in shots once -- when they had 10 in the second -- and they finished the contest with just 20 shots. Dauphin; meanwhile, had 57 shots, 26 of which were fired in the final frame.

"I thought we had a great work ethic, these are all kids fighting for jobs," said Chad Facey, assistant coach after the game. "Our team chemistry was great, there was a ton of life on the bench and it was a great win."

The line of Ben Hackl, Garrett Hrecka, and Colby Ralston couldn't be stopped on Monday night. Hackl scored twice and added one assist, Dauphin's Hrechka scored once and added three helpers while Ralston had three assists. In total, the line combined for 10 points.

Hackl opened up the scoring just 59 seconds into the game and Hrechka made it 2-0 at the 6:00 mark. Hackl added his second goal in the second frame.

"That line was very dominant, they moved the puck very well together," offered Facey. "They played in the hard areas, got in on the forecheck and they played solid defensively. They deserved what they got in the game."

After scoring a goal in Sunday's JoFo Cup, Zach Turner scored his first MJHL preseason goal as did Slade Stanick and Matthew Ramsay. Ekam Dhaliwal scored the lone goal in the game for the Stampeders who will end their preseason with a home-and-home against OCN.

Dauphin; meanwhile, is back on home ice on Sunday when they welcome the Neepawa Natives to Credit Union Place. They will then finish the preseason on Wednesday, September 30 when they play the Portage Terriers at Stride Place.