Day One Comes To A Close 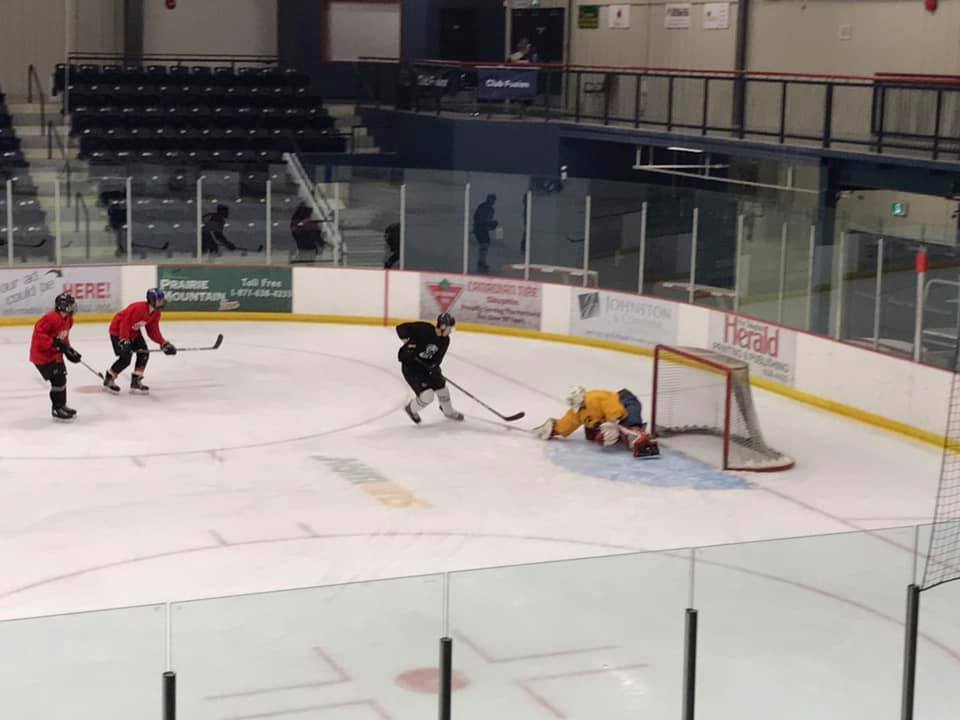 Competitiveness was a word that has been used a lot over the last several days ahead of Dauphin Kings main camp and competitive was exactly what it was as day one has now come to a close.

The Club iced two different teams on Friday as two scrimmages were held, one during the afternoon and another one wrapped up the evening. Each team was made up of three lines of forwards and three lines of defenceman.

"It was a good day, the compete level, the skill, and the intensity was there throughout the games," said Doug Hedley, head coach, and general manager. "Not playing a lot of 5-on-5 makes it different, but we definitely saw some guys that can move the puck. Goaltending was good so things are just going to get better moving forward."

Parker Malchuk was one of the team's biggest acquisitions in the summer. He played with the Neepawa Natives to start last season before he ended the campaign with the Terriers. In three playoff games against Dauphin, he scored one goal and had one assist.

He went to Portage on a loan and ended up back with Neepawa, where he was acquired in a package that saw Carter Sawchuk head to Neepawa.

Malchuk scored on a beautiful shot in the second game and also set up another beautiful goal as he put together a multi-point game. On the back end, he was also solid limiting Team Black. He played on a like with Jean-Michael Gilbert who committed to the team over the summer.

"He has a high skill set and he moved the puck so well. It was definitely fun to watch," offered Hedley. "Colby Jaquet was also really good; he's skating really well especially with his first two or three strides."

Garrett Hrechka, Jayden Jubenvill, and Hayden Lacquette were the three Parklanders that took part in the first day of camp. Hrechka is looking to make the team after graduating from the Rangers after last season while Jubenvill and Lacquette were getting in some extra reps ahead of Rangers camp next week. All three showed signs of solid play throughout the day.

The Kings will hold another two scrimmages on Saturday and a goaltenders session. Moving forward to Sunday, the team will host its JoFo Cup inside of Credit Union Place. Darnell Duff will broadcast the game beginning at 2:00 p.m. It's unlikely last year's most valuable player in Grady Hobbs will hit the ice on Saturday; however, the plan is for him to play on Sunday.

"We want to get our 20-year-olds in on Sunday, it's obviously their last chance to play in that game," said Hedley.

It's a quick turnaround for Dauphin after Sunday as they welcome the Swan Valley Stampeders to town on Monday as MJHL preseason hockey is nearly upon us. The Kings will trim down numbers over the coming days and Hedley is expecting some tough decisions.

"Our top-six right now is pretty good, we have to get the right mix in that six to 12 spot," ended Hedley. "Our goal going into the season is small egos, big mission. We have to get those guys that want to buy in and we need to assure the work ethic is there."

Caelan Armstrong makes a nice save on one of the two penalty shots in game two.