History In The Making At Dauphin Lake 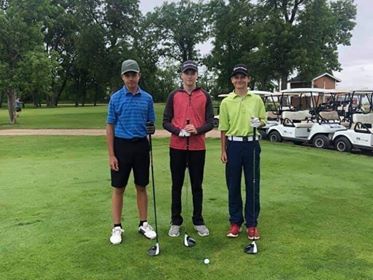 There is no doubt that the novel coronavirus has changed the landscape of sports. Putting a halt to things for months, sports professionally are now back, albeit without fans in the stands. The NHL and NBA are in their bubbles in Florida, Toronto, and Edmonton.

On the golf course, the PGA just completed its first major championship over the weekend as Collin Morikawa ran away from the field late on Sunday at TPC Harding Park to claim his first major. The 23-year-old has now earned more than 3-million dollars during his brief career that is only one year old.

So just as it was a historic weekend for Morikawa, it's been a historic season at the Dauphin Lake Golf Club. 52 new members have joined this season and Ray Karlson also says green fee traffic is up at least 35% compared to where it was last summer.

"There has been a lot of new faces here at the Dauphin Lake Golf Club and that is extremely exciting for us," said Karlson. "There are more lessons going on and it just seems that everyone is having a lot of fun."

Karlson adds that more 19-30-year-olds are visiting the course daily. Players that have been playing the course for decades have also said that the Club is in the best shape that it has ever been and with no rain the last while, the course has been packed on a daily basis.

Ray also believes that the more people that are coming out this season bodes well for the future of the Club.

"There's no doubt. When I talk to people that are coming out, they're always saying how much fun they're having and how great of a sport it can be," ended Karlson. "It's nice to hear those compliments, we love when new people come to play our course and we invite everyone to come to try it out."

Coming up next month at the Dauphin Lake Golf Club is the ever-popular Home Hardware Best-Ball Challenge in support of the Gary Brandon Sports Bursary. That event will tee it up from September 25-27 and we will have additional information in the very near future.