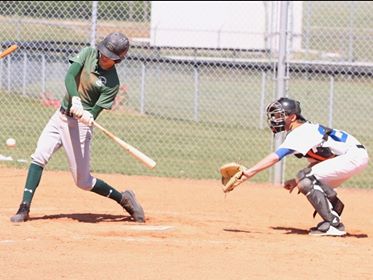 The South West Baseball League has been known for years as one of the best senior leagues in the province and they're certainly living up to its billing this season. Five teams have at least six wins and six teams are above the .500 mark.

Two teams have at least eight wins, one of which is the Oak River Dodgers who lead the league currently with a perfect 9-0 record. The Dodgers have scored an average of 10.11 runs per game this season while they've given up just more than three-per-game.

The Dodgers have a one-game lead on Rivers, a team that features Wyatt Tweet and Dawson Tweet. Oak River; meanwhile, features Conor Geekie of Strathclair.

"This organization has always been a team to watch out for," said Geekie. "I'm playing with older guys and all of them know my brothers. We have a great group of guys and we're getting the job done."

Morgan Geekie has played for the team in the past and he's now in the NHL's Eastern Conference bubble with the Carolina Hurricanes who have advanced to the Sweet 16. Noah Geekie; meanwhile, will be heading to Kansas to continue his college career very soon.

In his second year with the team, Conor has definitely been a big part of the team's success with his 14 hits and a .560 batting average. Of hitters across the league that have as many at-bats (25) as Conor, the Strathclair native is second in the league with that average. He has six singles, seven doubles, and one home run. Geekie also has three stolen bases, good enough for top five in the league.

"I think my success comes along with team success, it's not about me at all," said Geekie. "We have a goal of being undefeated; I'm not worried about my average. We want to win our next two games here entering the playoffs and that's the only thing I'm focusing on right now."

The Dodgers will face two stiff tests to end the regular season. They're on home field against the Virden Oilers tomorrow before playing in Rivers in the season finale on Sunday. Virden is 6-3 right now while Rivers is 8-1, still within reach of Oak River.

Conor has gone 3-for-6 in his last two games as the team scored a combined 39 runs against Elkhorn. Geekie won't be at tomorrow's game; however, he will play in the season finale on Sunday.

"You couldn't have scripted it any better playing against these two tough teams to end the regular season," added Geekie. "We know they're not going to be easy games. They're going to be intense and a lot of fun."

The Strathclair native won't be in action tomorrow as he looks to earn a spot on Team Manitoba for the Canada Summer Games. Niagara will host the 2021 edition of the prestigious event that welcomes the best athletes in Canada in a vast variety of sports and the men's baseball event will be U17.

Conor's brother, Noah took part in the 2017 CSG as he helped the Manitoba men finish in second place. Conor is now looking to become another Geekie to represent Manitoba on the national stage under the brightest of lights.

"I'm trying to follow in my brother's footsteps as much as I can. It's not a competition but at the same time, it is," offered Geekie. "Just getting the chance to compete with the best young players in the province is an honour and I really hope I can make this team."

Geekie says he's a confident guy but he's not being overconfident heading into the tryouts. 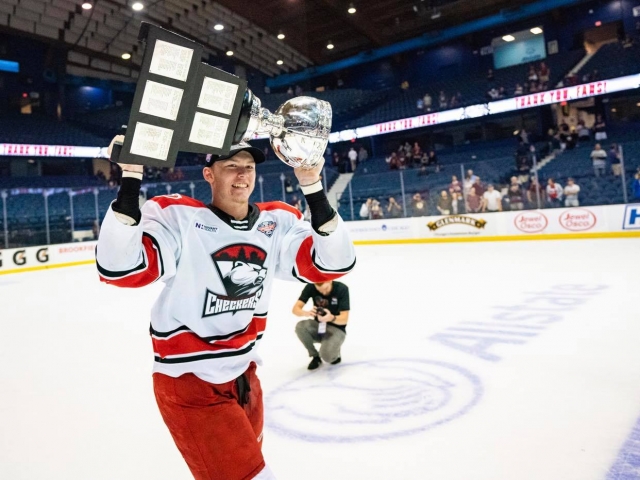 Later this month Conor will be heading back to Winnipeg as he aims to crack the Western Hockey League's ICE after playing in seven games last season with the team. The rest of last year was spent with the Yellowhead U18 Chiefs where he had 19 goals and 38 points in 30 games.

One year prior to that, Geekie posted 86 points with the U15 Chiefs and he was then drafted second overall by the ICE in the WHL Bantam Draft.

"Playing in those seven games last year was such a big thing for me," ended Geekie. "Getting to know the guys, the maturity in the room and the style of play was really important for me. I've been training all summer and I think I'm ready to make the jump full-time."

As mentioned above, Morgan Geekie had one assist in the 'Canes qualifying series against the Rangers as they advanced. The American Hockey League champion played more than 30 minutes across three games in the sweep.