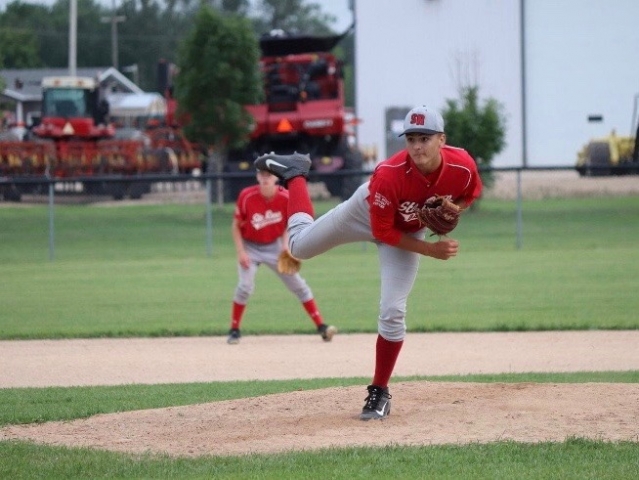 COVID-19 has certainly had an impact on the baseball scene in the Parkland. Many teams are just playing exhibition games against teams from the region and when it comes to the Ste. Rose U18 team, they played just a few games.

For Brayden Kohlman, that wasn't enough as he was hungry to play more so he joined the Ebb and Flow Lakers senior baseball team for the first time. As a 16-year-old, Brayden was one of the youngest players in the league. Age was clearly just a number; however, for Kohlman, as he was one of the team's strongest players throughout the 10 game season in the Santa Clara Baseball League.

"The team was really welcoming of me joining the team, it was a great experience," said Kohlman. "It took a little bit to get used to because everyone was bigger and older, but I think I did a pretty good job of adjusting and learning pretty quickly."

Ebb and Flow would end up finishing their season at 3-7 which was just outside of the playoff picture. Two of the wins were credited to Archie McIvor who threw two complete-game shutouts to fuel the Lakers to victory. The Lakers won their final two games of the season as they dispatched of Plumas and Carberry.

"I would say it was a pretty successful year. I know over the past couple of years, the team has struggled," added Kohlman. "Even in some of our losses, we were right there and we would make a couple of errors that cost us ball games. Everyone always played their hearts out and I think it was a success for everyone."

As noted above, McIvor pitched two complete-game shutouts and the other victory goes to the young McCreary native who found his way playing senior ball. Kohlman threw a gem of a game in the 3-0 win against Plumas in their final game of the season. Just like McIvor, Kohlman pitched a complete game, the first of his senior career.

"That was definitely a great feeling to end the season like that, hopefully, we can carry that into next season," ended Kohlman. "I can't take all the credit, our fielders did such an awesome job, I don't think we had any errors the whole game. It was an awesome feeling and I'm pretty proud of everyone on the team and my performance."

Brayden confirms he'll be back with the Lakers next season.