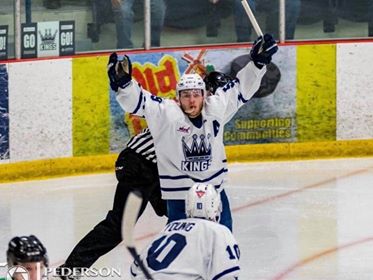 The reigning most valuable player in the Manitoba Junior Hockey League is set to return to the City of Sunshine for one more season.

The Dauphin Kings announced that Grady Hobbs is set to return for his final season of junior eligibility.

"I spoke with RIT (Rochester Institute of Technology) lots when I made the decision and they were great. They were totally supportive, understanding, and treated me well in the process" said Hobbs. "I'm really excited. I know there's going to be a lot of guys back in Dauphin. We'll have a great core group and I'm looking forward to returning."

"It's great news for us, he's one of our top guys," said Doug Hedley. "We love to have him back. It's going to create a lot of excitement in town. He's such a special player and to see him wearing our uniform and crest one more time, that's going to be fantastic for us."

Entering at 231 this season, Hobbs is well on his way to becoming the all-time leader in games played.

"Not many guys can say they've played five years with one team so that's something very special for me," added Hobbs.

"That's extremely well deserved. He's a guy that practices as he plays and he never takes a shift off," ended Hedley.

Hobbs will now head to Rochester Institute of Technology in time for the 2021-2022 season where his scholarship will still be on the table.