Get Ready For The Hockey Season 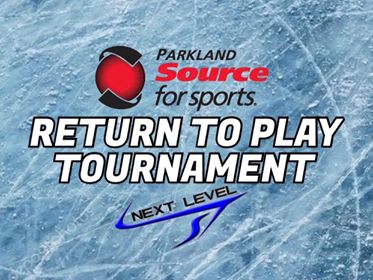 The hockey season is right around the corner and here's ag olden chance to get prepared for training camps.

The Parkland Source for Sports Return to Play Tournament will take place at Credit Union Place from August 13-16, just weeks before the main camps begin.

There are two age categories, one being a junior tournament and the other being a U18 tournament.

Each team will have nine skaters and one goalie. You are allowed to have up to three CHL/NCAA/USHL/USports/Minor pro players per team.

There will be three-12 minute periods and the final two minutes will be stop time. It's $1800 per team registration or $200 per player/goalie.

The winning team will be awarded $5000 while the second-place team will receive $2000.

The registration deadline is August 7. You can enter your team by calling Doug at 572-4036.

Each team will have 12 skaters and one goalie.

There will be three-15 minute periods and the final five minutes will be stop time. It's $1000 per team or $100 per player/goalie.

The registration deadline is also August 7 and you can do so by calling Doug at 572-4036.

"There should be some really good action. I know a few teams have already reached out to me and there are some very good hockey players," said Doug Hedley. "The key is to get the timing going and the cardio as well. There will be lots of ice time, it's a great opportunity to get back into the thick of things before the season."