"This Is What You Dream About" Pulock

Tuesday, March 10, that was the last time the New York Islanders played a game as they were defeated 5-4 in a shootout against the Vancouver Canucks. As he did basically every game prior to that contest, Ryan Pulock led the team in minutes played with over 27 minutes on the ice as he was a +1.

In came the novel coronavirus which brought not only thousands and thousands of cases to New York, but thousands and thousands of deaths as the state was truly the hot-bed early on. Just as every other league did, the NHL suspended play until further notice and in the end, the remainder of the 2019-2020 season was cancelled because of the virus that continues to grapple the world. Ryan was able to leave New York and he made his way back to Manitoba to quarantine and assure he was staying safe.

Five months later, Pulock is now back in New York and he's back on the ice with his teammates as the NHL's Return-to-Play Protocol continues to formulate.

"It's been a crazy past couple of months with what's going on, there's no doubt about that," said Pulock. "I got back in the gym as soon as they opened back up and I stayed in shape to prepare for this."

Pulock has now been back in New York for about 10 days as training camps across the league officially opened yesterday ahead of August 1.

"Getting back on the ice has been great, really exciting," he added. "It's just nice to be back with the team as we prepare to get back into game action."

Despite going 2-4-4 down the stretch before the season was put to rest, Pulock had helped the Islanders go 35-23-10, good enough for 80 points, the ninth-most in the Eastern Conference. New York also went a solid 20-9-6 on home ice.

Offensively, Ryan was well on his way to a career year. After scoring nine goals and adding 28 assists in the 2018-2019 season for 37 points, Pulock had already added up 35 points this past regular season. If the season wasn't cut short, there's no doubt that Pulock would have posted his career-high, in fact, he already had 10 goals, the most he's scored in one single National Hockey League season.

"I liked my season overall, I think I was playing some of my best hockey in the past couple of weeks leading up to the pause," offered Pulock. "I'm just trying to improve every year, be more reliable, and produce more offensively every year and I was on track to do that. I was satisfied."

Pulock says after a few months break, there is a lot to work on as his team works towards winning a Stanley Cup.

The Islanders who are coached by Barry Trotz of Dauphin will remain in New York until next weekend when they will travel to Toronto. All 24 playoff teams will report to the two "Hub" cities in time 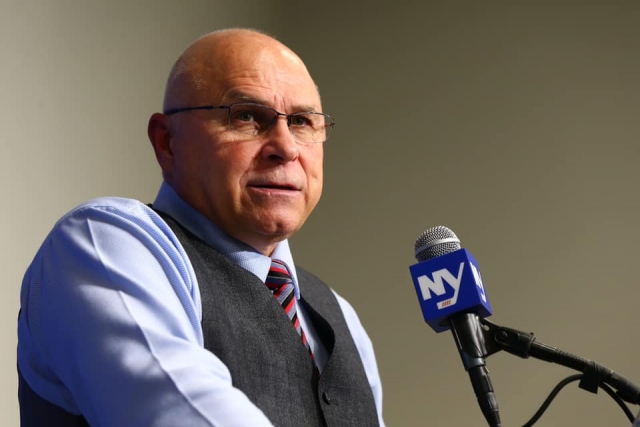 While in Toronto, Pulock and all teams will be in the "bubble" which is a confusing term to many. Basically, the bubble is aimed to keep all players safe from the outside world as the NHL attempts to complete the playoffs.

"We haven't really been informed about how it's going to work. I think the most we know is that we're going to be stationed in a hotel and we can't really leave other than playing in games," said Pulock. "I think it gives us a great chance to bond as a team and really dial in."

The NHL has said some activities will be available for players; however, those plans have not been made public.

Now we look ahead to the matchup. As mentioned, it's going to be Islanders against Panthers at Scotiabank Arena and the action kicks off on Saturday, August 1, ironically which will be called "Hockey Night in Canada". Games two and three will be played Tuesday and Wednesday. If necessary, game four is played on Friday and game five will be played on Sunday, August 9, if need be.

The Islanders are the favourites in the series after they won all three regular-season meetings against Florida. The Islanders won by 1 goal in two games and 2 goals in one game.

"The matchup has given us a good opportunity here. We know Florida has good depth and good goaltending, but I think we matchup pretty well and we played them well during the season," continued Pulock. "It's all about who can stay healthy and who can capitalize on those chances. I'm taking this as a pretty special opportunity to play for the Stanley Cup in a modified situation, it's a pretty exciting thing and I believe everyone on this team is taking it like that."

We know that games will begin on August 1 and that slate includes Florida against New York. We also know that no fans will be allowed inside the building as all games will be played without spectators for the entire playoff run.

"That's going to be different and it's going to be an adjustment," said Pulock. "Passionate fans can really drive a team but obviously there won't be any of that. But it's not like one team gets fans and another doesn't, no one gets fans so it's all about finding that extra energy within the team and feeding off that. No one knows how it's going to turn out, but we're going to find out here in a few weeks’ time." 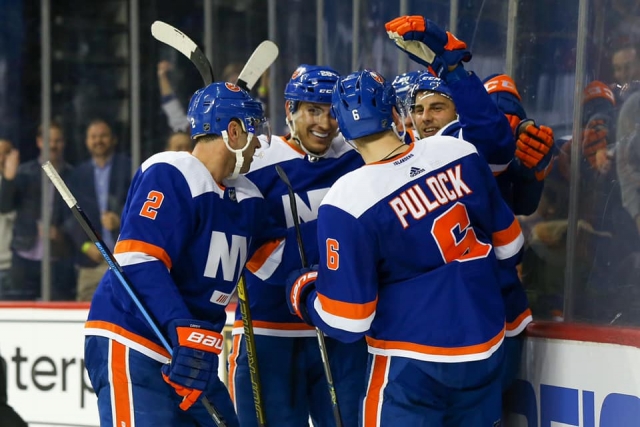 This playoff run will be Ryan's third. He had one goal and two assists in the 2016 playoff run while he had one assist in eight playoff games last season. A decade ago, Pulock suited up in playoff action with the Parkland U18 Rangers and now, he's getting ready for his third playoff stint with the NHL's New York Islanders. There truly isn't anything that's better than playing for the biggest prize in hockey.

"There really isn't, you dream of playing in the NHL playoffs and you dream of winning a Stanley Cup," ended Pulock. "To have that opportunity here, it's a special one and it's about making the most of it."

Ryan added that he's also been spending a lot of time on the golf course. If you go back a couple of years, he was inches away from making a hole-in-one at the Gilbert Plains Country Club during the Grand Plains Celebrity Classic, a feat that nearly earned him $10,000.

You can hear Darnell Duff's full interview with Ryan here.