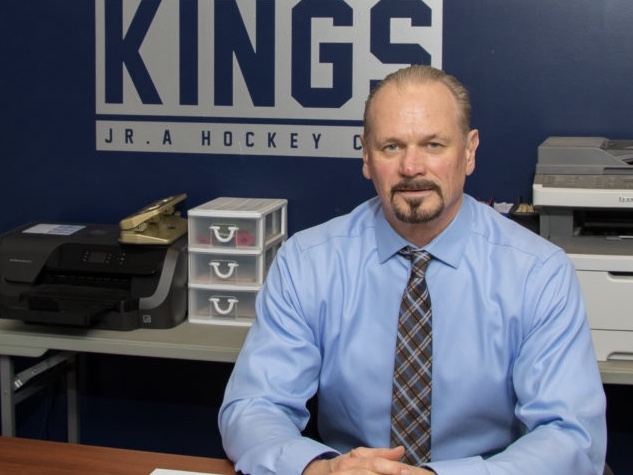 The busy off-season continues for the Dauphin Kings as Doug Hedley has announced that the Club has committed two more players ahead of the 2020-2021 season.

Ben Hackl and Matthew Ramsey have committed to the team. Hackl played with the Kenora Thistles last year while Ramsey suited up for the Southwest Cougars, both of the Manitoba U18 AAA Hockey league. Both players were a part of the trade that saw Dauphin send Reece Richmond to the Portage Terriers. Dauphin also acquired a sixth-round pick in this year's MJHL Draft which was used on Skyler Carriere, of Roblin.

Hackl was the captain for Kenora's team last season where he scored 13 goals and added 11 assists in 30 games.

"I'm more of a lead by example kind of guy," said Hackl. "I'm not the most talkative guy in the room, but I'm always there for my teammates, I'll do everything for them."

Ben also had the chance to play with the Dryden Ice Dogs of the Superior International Junior Hockey League. In five games, he scored once and added two assists. As a 16-year-old the previous season, he played five more games with the SIJHL Club.

"I played a bigger role with them, they threw me on one of their top lines and I was able to help them out," said Hackl. "Things were going pretty well before COVID hit."

After a solid final year of his AAA career, Hackl wants to come in and make an immediate impact on a Kings team that continues to add players throughout the summer months.

Matthew Ramsey put up an all-star season last year with the Cougars who were supposed to host the Telus Regionals before everything was shut down. He scored 18 goals and had 30 assists for a 48 point total in just 47 games. In six playoff games, he scored another two goals and had four assists.

"I'm a hardworking player that loves to get in the corners and I love getting those greasy goals," said Ramsey. "I've heard a lot about the organization and I'm really looking forward to moving to Dauphin and joining the team."

Ramsey helped Southwest go 34-12-2 this past season, good enough for fourth in the league entering the playoffs which were cut short.

"We didn't really expect to have that much success, but we had a lot of good guys who worked together to get it done," offered Ramsey.

Matthew says his goal is to get better as the season goes on with the ultimate goal of helping the team win games.