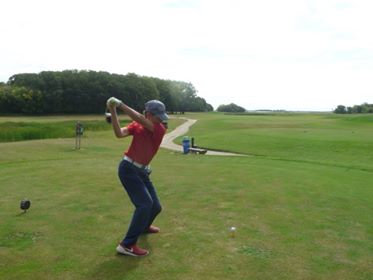 The best amateur golfers in Manitoba are set to embark on the Winkler Golf Club this weekend for Golf Manitoba's Match Play Championship qualifier.

72 men have signed up, all of which will battle for the 32 spots available for the matches which will begin the next week at the St. Charles Country Club.

Prokopowich who is also a competitive golfer has confirmed his spot for the two-day qualifying event. Just like Thomas, Eric can't even count how many rounds he's played today, but it's around the 25-30 mark as he's teed it up every single day since golfing began back on May 4.

Eric is certainly off to a good start to this season with his best score being a 69 at the DLGC. Now, he'll look to get it going against the best amateurs from across the province.

Eric plays most of his golf in Dauphin; however, he has already played Clear Lake and Gilbert Plains this season.

"I just feel that playing in this tournament will be a fantastic experience for me," continued Prokopowich. "I feel pretty confident in my abilities. I feel good about how I'm playing and I look forward to playing against the best in the province."

Prokopowich's first round will be Saturday afternoon at 3:16 p.m. He'll be playing alongside Ethan Bright from Killarney and Dustin Sas who's from Benito.

Thomas Scott will tee it up at 2:44 in his first round and Prokopowich is really excited to not only be playing in this event but to be playing in it with one of his best friends.