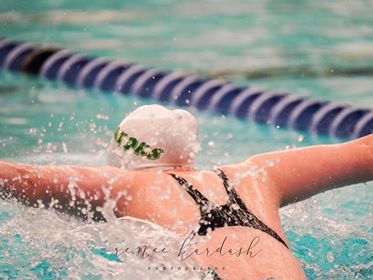 The Parkland Gators swim program has become one of the best in the province over the years and this past season was no different than past seasons.

Many members of the Club have been members for years and that's certainly the case for Kenzie Amendt who calls Sifton, Manitoba her home. Amendt has been with the Gators program since she was in grade 6 and now, Kenzie has officially graduated from the program.

"I always really loved the water. I did all my swimming lessons and I enjoyed it," said Amendt. "I was really looking for a sport where I could compete by myself, but also be a part of a team."

The Sifton native quickly got her first A time and she's competed at the junior provincials ever since and she's enjoyed a ton of success on the provincial stage.

When it comes to medals, Kenzie earned gold in a 50m freestyle race, which she admits is her favourite. That came a few years back.

Kenzie has also earned several silver and bronze medals throughout the years at the provincials. She has also competed at the Man/Sask event and the Manitoba Summer Games which features the best athletes from across the province.

After grade 9, she took a two-year health break; however, she came back to compete one final provincial event which she was very thankful for. 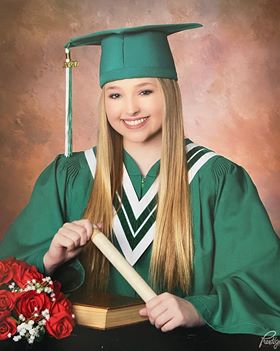 Being a graduated swimmer, Amendt now has the opportunity to look back and remember all of the great times she had.

"It was such a great experience; it's not like any other sport. The whole program is based around support and friendship," continued Amendt. "We were all really close like we were a small team, so we really bonded and it was amazing."

When it comes to the coaches, Kenzie wants to thank them for all they provided over the years. Without them, Kenzie wouldn't have become the swimmer that she is today.

"We all became very close. They helped us reach our goal and our potential," concluded Amendt. "They also inspired me to become a coach and now I've been coaching younger swimmers for about five years and that's been extremely rewarding for me."

Kenzie will now attend the University of Manitoba starting in September to study the sciences. She also plans on staying in touch with the Gators program and she would like to help in any way moving forward.