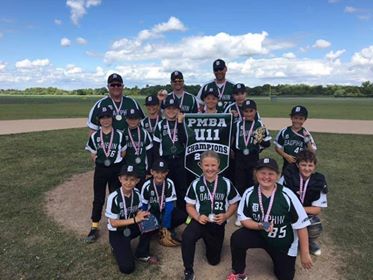 Premier Brian Pallister shared some information last last week that is quite promising to baseball players, parents, and coaches in the Parkland and the province.

The government is examining additional steps to re-open the economy and that begins with Phase Two. That stage would include the resumption of sports activities for children and adults which in turn could see the Dauphin Minor Baseball Association begin their season.

If baseball does get underway, it would be a late start so Dauphin Minor is currently seeing what coaches would be available for a season that would run well into the summer.

They will then move forward to make teams and then they'll play the waiting game, something they have been playing for quite some time now.

"It was very, very nice to hear that it's a possibility that the season can get going," said Jodie Romanow, President. "We've been sitting here for more than a month thinking this season won't happen at all."

Of course, the health and safety of every single person involved in a baseball game or practice is the most important thing right now. Jodie assures that Dauphin Minor will have their own precautions and they will also follow the precautions put in place by Baseball Manitoba.

In the meantime until we get more information, it would be a good idea for the kids to get outside to stretch and throw some balls around so they're prepared for if the season can begin.

Baseball Manitoba has still postponed all registration until further notice.