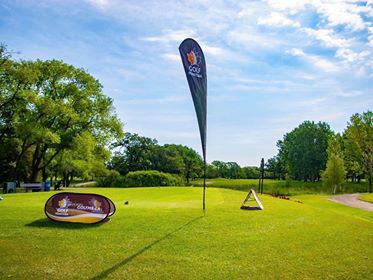 16 days ago is when golf courses in the province were permitted to open for business, of course, with some restrictions.

In conversation with courses around the Parkland, there was an element of surprise when it was announced as most believed it would have been the same date as Saskatchewan which was May 15.

However, Manitoba was given the go-ahead and now, it's full steam ahead. Jared Ladobruk is the Executive Director for Golf Manitoba and he says all has been good.

"It is very exciting to see that the golf season is now more than two weeks old," said Ladobruk. "The weather we have been getting has also been tremendous. We also have to give a tip of the cap to every golf course in the province; they've been doing a great job of embracing the new rules that need to be enforced."

When it comes to Golf Manitoba putting on their events, there was a lot of uncertainty early last month. Now, it appears that there is some light at the end of the tunnel. At this point, the Match Play Qualifier and Match Play Championships are in "Save the Date mode" The event was scheduled to take place this month, but it has now been moved to qualifying rounds taking place on June 6 and 7.

"We have some operational details to iron out when it comes to running a championship," concluded Ladobruk. "We have to figure out how to manage a championship with so many people playing. It has to be safe for everyone, health and safety is first and foremost."

Ladobruk is very hopeful that these events will be able to take place next month. After the match play event, the next scheduled event on Golf Manitoba's docket is the City & District Championship which will go together with the Bantam Championship played on June 27 and 28 at the Portage Golf Club.