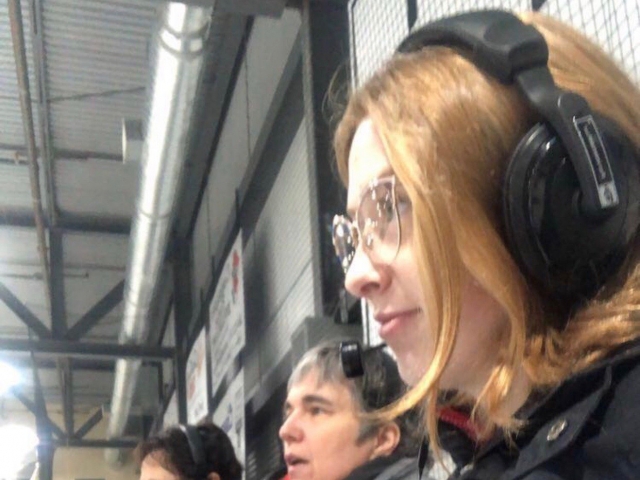 For eight years, Kaitlin Smith took the figure skating scene by storm in her hometown of Roblin, Manitoba. Smith not only skated locally, but she travelled across the province to take part in events.

Now in school in Winnipeg, the Roblin native has changed her focus and she's now a judge and she has another accolade to add to her resume. Every year, Skate Manitoba gives away the Ian Carmichael Award to someone who is pursuing their post-secondary education while also furthering themselves in the skating world in either coaching or officiating. This year's winner of the Ian Carmichael Award is none other than Smith. It's the first time that the 22-year-old from Roblin has won the award.

"I was surprised that I won because there is a lot of deserving people in our sport," said Smith. "I was really excited that I won and I feel really honoured to have been chosen for this."

Smith now judges events across the province in the Stars age category. She's not settling on winning this one award, she plans on continuing judging moving forward while balancing her busy class load.

"The award makes me feel that my efforts are being recognized and they're appreciated," she continued. "I won't stop judging, it's what I love to do, I love watching so many excellent young skaters that are trying to become the next big figure skater."

Smith is hoping; however, to move up and she's not far from doing that. She's already completed her trial judging to officiate all the way up to novice which is the age category that Dauphin's, Breken Brezden is currently skating in. She just has to take part in a clinic that was already supposed to happen, but it was postponed because of COVID-19. Smith has been waiting to move up for years so she's very excited for her chance to do so.

"I've been waiting for this for a long time, I've been pushing for them to get a clinic going so I can make it happen," concluded Smith. "I'm looking forward to getting back in the skating community in a greater capacity."

When it comes to her studies, Kaitlin is currently studying to become a teacher one day.