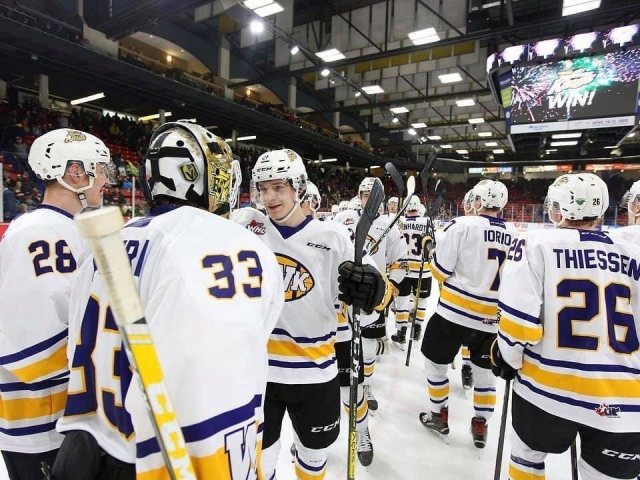 The remainder of the Western Hockey League's regular season has been cancelled. It's been determined that the remaining 54 games across the league won't be played.

For the Brandon Wheat Kings, that means they won't be playing their final five games which would have provided them with a golden chance to jump up the standings.

Brandon was just one point behind the Winnipeg ICE for the second spot in the East Division. They were also just six points behind Prince Albert for the top spot and they had one game in hand.

WHL Commissioner Ron Robison says they will make every possible effort to conduct the 2020 WHL Playoffs at a later date.

If the playoffs do take place, Brandon could consider themselves rather unlucky going into the first round as they had a great chance to move up in the standings, especially because they were set to end the season with a home-and-home with the ICE. Overall, Brandon finished in 10th place in the league.

At the end of the day; however, safety is the main focus and it's what everyone wants and this is a decision that was made across the Canadian Hockey League with both the Ontario Hockey League and Quebec Major Junior Hockey League also announcing cancellations of the remainder of their regular seasons.

Darnell Duff has reached out to Darren Ritchie, General Manager of the Wheat Kings for comment.