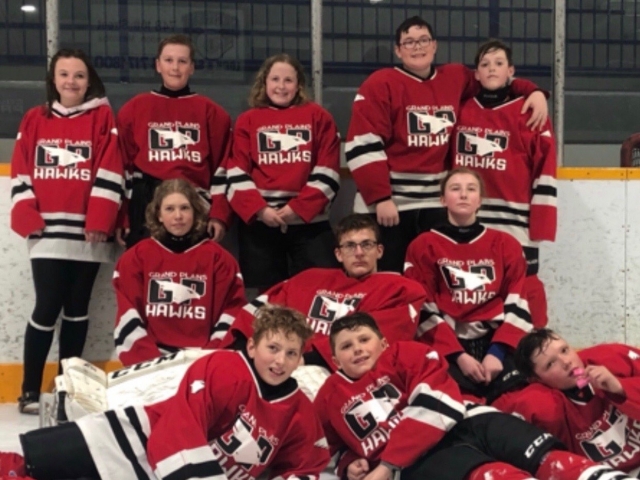 The Grand Plains Peewee Hawks have ended their season with a B-Side Championship in the Parkissimo Hockey League. Playing against the Brandon Wheat Kings, they completed a perfect series against them with a 5-2 win in game two.

Nolan Ducheck led the way with two goals, one of which was into an empty net. Landon Garton and Owen Sigvaldason had singles while Kingston Stirling scored the game-winner. Landon McIvor was solid as usual in the net.

In game number one, Zak Fillion stole the show. He scored three goals and had two assists in a 10-2 drubbing of Brandon. Zak had a pair of assists in game two.