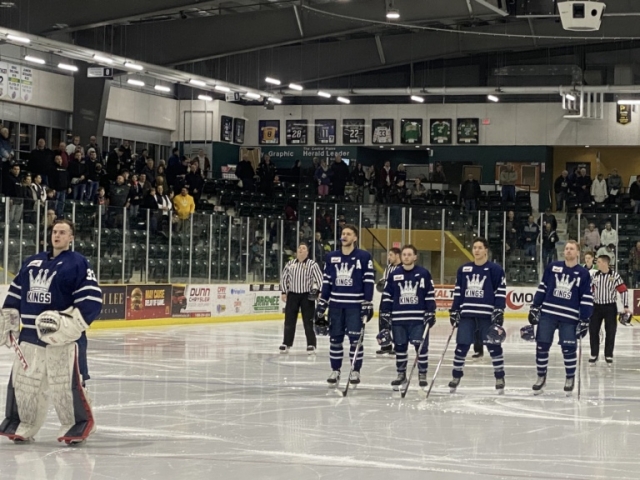 Two power play goals in 56 seconds were the difference as the Turnbull Cup playoffs started tonight.

Portage scored twice very quickly in the third and Dauphin couldn’t respond as they dropped game one against the Terriers, 4-2.

Dauphin opened up the scoring in the game as Braeden Young took a pass from Avery Smith and he did the rest. Portage scored two straight to take a 2-1; however, Dauphin responded.

Cole Dekoninck scored on the man advantage to tie the game up. The rest of the way was all Terriers as they skated off with a solid win.

They also racked up 48 shots in the game as they maintained most of the possession. Levi Mitchell was a definite bright spot as he was tremendous.

Game two is set for Sunday. Darnell Duff has the pre-game at 6:15.