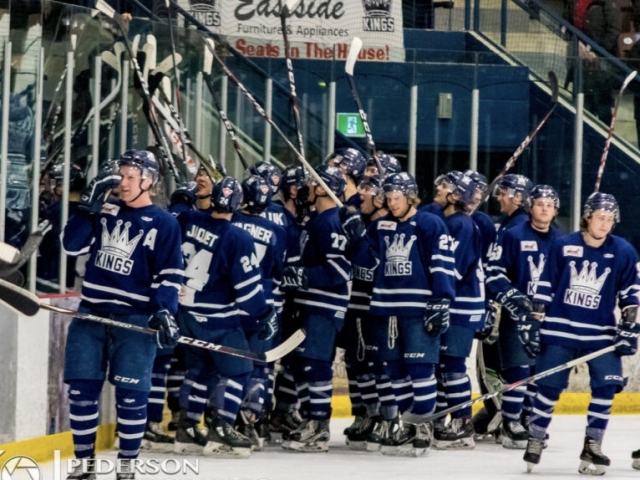 Andrew Liwiski played the role of local hero for the Dauphin Kings tonight.

The Dauphinite scored the game winner with just more than two minutes left as the Kings beat the Neepawa Natives, 3-1. Liwiski’s goal was followed by an empty net marker from Baron Thompson.

After some good offensive zone pressure, the puck was cycled up to Liwiski and he did the rest on a shot from the point.

He notched the game winning goal, his second goal of the season with 2:05 left.

Baron Thompson and Braeden Young also scored for the Kings in the win who won their 30th contest.

Dauphin now has the same amount of points for sixth as Virden does (65), however, Virden has one game in hand which will be played on Thursday.

Dauphin returns to the ice for a game on Friday. Darnell Duff will have the final Power Play Show of the season at 4:00 p.m. He will also broadcast the regular season finale from Virden on Sunday at 6:45.