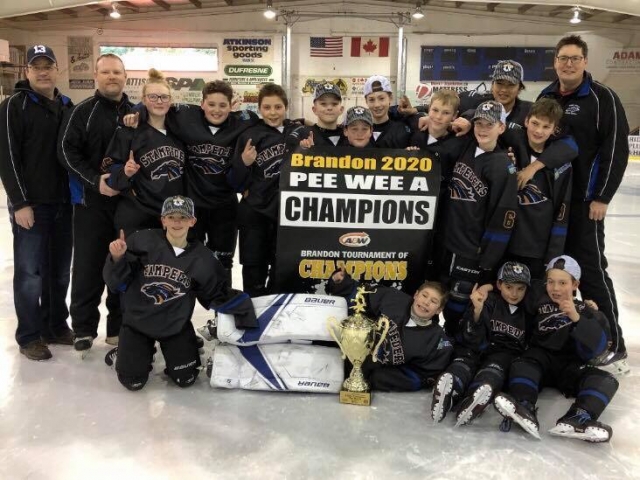 After this one was said and done, the Stampeders have added another trophy and banner to their resume in what's turning out to be an extremely good season.

In their first game against the Assiniboine Park Winterhawks, 2-1. Swan Valley would then dominate Moose Jaw, 8-2. In their third game, they would fall to the Flin Flon Bombers, 4-3, which had them in second place in their pool after the round-robin.

That defeat would be the last one for the team. In the semi-final, they beat the Minot Wolves, 5-1. They took on the Virden Oil Capitals in the final and the Stamps' proved to be too strong as they held off the Oil Caps', 4-3.

The team will now prepare for the provincials which take place next month.