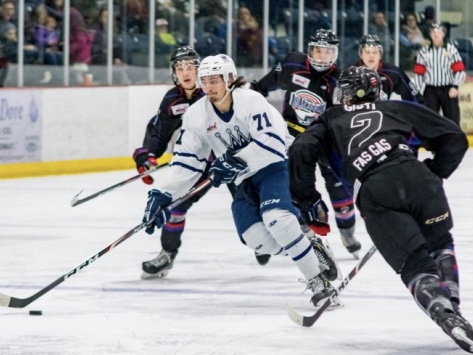 The Dauphin Kings will look to make it wins in two straight tonight when they hit the ice.

For the second time in less than a week, the club heads up north to play the OCN Blizzard.

Dauphin, meanwhile, added Levi Mitchell, Colby Jaquet, and Kaden Bryant, all of which will be playing their second game.

The Kings have also added Bryson Cecconi and he's expected to make his debut this evening at the Gordon Lathlin.

Tonight is also Dauphin's first chance to win their 20th game of the season and they can move within three points of sixth place if they do so.

Darnell Duff has the pregame show beginning at 6:45.