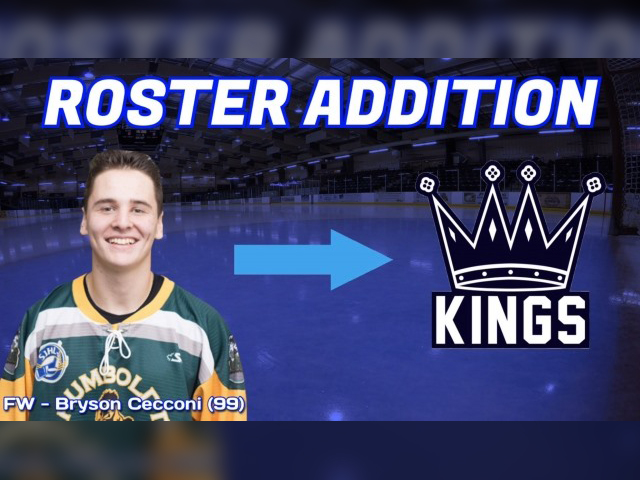 The Dauphin Kings play two games this week and they've bulked up their offence ahead of that action.

The team has added Bryson Cecconi to their roster for the remainder of the season. He was included in a trade with Portage earlier this season that saw the team deal Koby Morrisseau to Portage.

Cecconi had 25 points in 25 games with the SJHL's Humboldt Broncos to begin this season before he played four games with Portage.

Bryson is expected to make his Kings debut tomorrow night when Dauphin plays the OCN Blizzard. Darnell Duff will have the pregame show beginning at 6:45 p.m.