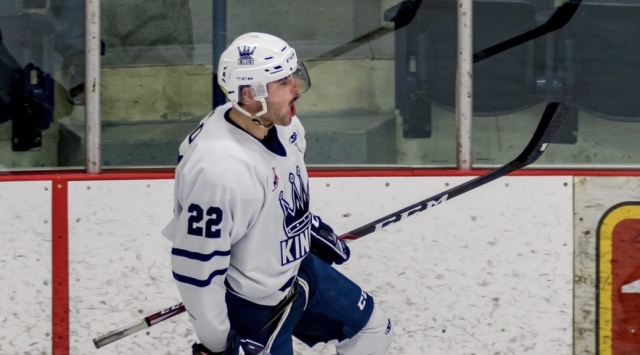 It was Hobbs' first-ever hat-trick during his time in the MJHL.

"It was nice to finally get one. It took 193 games, but it feels good," said Hobbs. "With that said, I'm just happy I was able to help this team win."

The game, however, didn't start off well for Dauphin. Just 4:12 in, Blake Burr scored on the power play to give Selkirk a 1-0 lead. Less than a minute later, Hobbs scored his first goal of the game at the 4:58 mark to tie it up.

From there, the Kings took over. Before the period was over, Grady Hobbs would make it 4-2.

Just 45 seconds into the third, Carter Sawchuk scored his 12th of the season. Less than 1:30 later, Austin Lamotte would make it 6-2 with his seventh of the campaign and Dauphin kept on coming.

7:24 in, Nakodan Greyeyes got in on the parade with his 17th goal. Down 7-2, the Steelers would score with Blake Burr as he made it 7-3, but that's as close as Selkirk would get.

Brayden Pawluk and Grady Hobbs would score later to make it 9-3 and that was the final. In two games at Credit Union Place against Selkirk, Dauphin has outscored them, 20-5.

The Kings will look to make it seven straight on Friday when Winnipeg is in town.