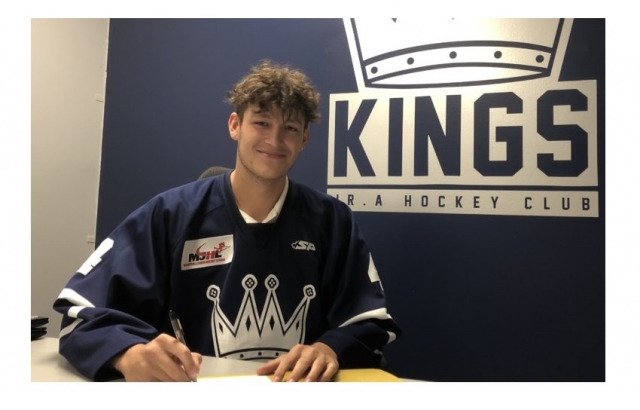 The Dauphin Kings have announced that the former Parkland Ranger will be joining their club this season.

Morrisseau comes to the Kings from the WHL's Regina Pats. He had one goal and three assists last year in 14 games.

"Koby brings a lot of different things to this team. I coached him when he was 15-years-old and he was an impact player," said Doug Hedley, Head Coach & General Manager. "The speed he has, the ability and everything. He has the ability to be a difference-maker every game. He should be very solid for us."

"His grandpa Barry McKay is very happy to have him here. With the calibre of player he is, it should be outstanding," Hedley continued.

Koby is thrilled that he'll be playing for the organization and being so close to home while doing so.

"It was really good to sign with this organization," said Morrisseau. "It's going to be great playing around the family. I'm hoping to win an MJHL Championship with this team."

"It's going to be very nice to play around home, they'll be able to watch my games and that's exciting," he continued.

What can you expect from Koby this season?

"I have speed, size and I can put the puck in the back of the net," he continued. "I'm hoping that happens a lot this season. I like to use my body as well."

You can see Koby on the ice next Friday as main camp opens up for the Kings at Credit Union Place. Stay tuned for a schedule and full coverage throughout that weekend.