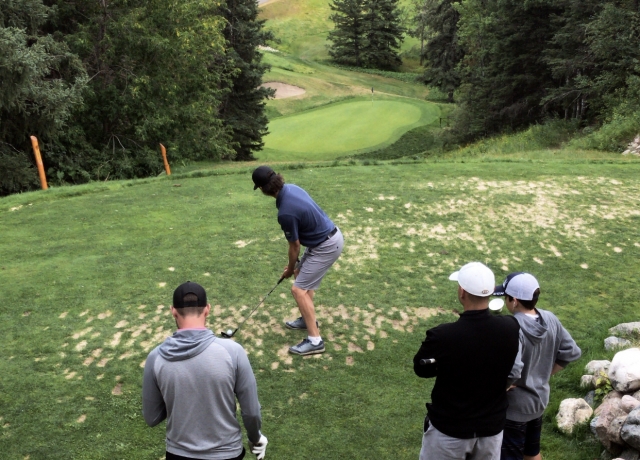 It’s an all Dauphin battle on Thursday as the Tamarack Tournament continues.

After wins in the Round of 16, Mark Odut will take on Regan Hedley in a quarterfinal in the Second Flight.

In other action today, Gilbert Plains Dale Murray pulled off a big comeback. He was down three after nine, but he ended up coming back to advance in the First Flight.

In the Championship Flight, Kody Fawcett has advanced and he’ll play the 14th seed in the quarterfinals.

Bart Michaleski has advanced after he beat the #9 seed in the Sixth Flight.

In the Champion Men’s Championship Flight, Keith Fawcett won his match to advance to the semifinals.