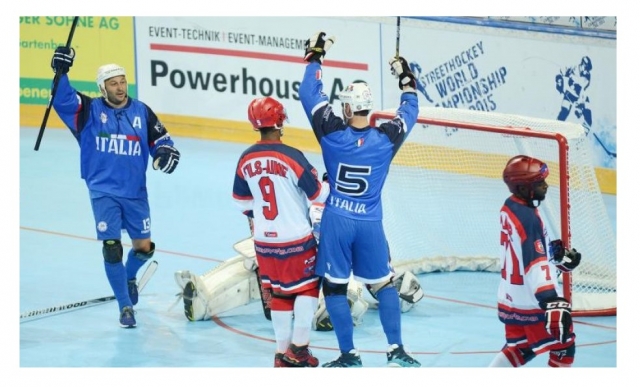 The best ball hockey players in the world are heading to Brandon in 2021.

The Wheat City will host the 2021 World Ball Hockey Championships. All games will be played at Westoba Place, which is the home of the WHL's Brandon Wheat Kings.

The event is set to welcome 30 to 40 of the best women's and men's ball hockey teams from around the world. Teams representing Canada, Finland, Russia, the Czech Republic and much more will be in attendance.

It's set for June 11 through the 19, 2021. This is the third time Canada will host the event and the first time Brandon will.

"It's really exciting that this event is coming to Brandon," said Jeff Dzikowicz, Chair of the Host Committee. "It's going to be a super fun event. When it comes down to it, it's hockey without skates. Brandon is a hockey community and I know everyone there is going to fall in love with it."

The World Ball Hockey Championships are held every two years. At this past event back in June, Slovakia won in their home country on the men's side. On the women's side, the Canadian women finished on top.

As Slovakia looks to repeat in two years time on the men's side and the Canadian women look to do the same, a quality field is guaranteed.

"Just recently at our B, C, D Championships in Montreal, a team from Winnipeg was able to recruit Michael Ferland who of course plays in the NHL and is a former Brandon Wheat King," continued Dzikowicz. "He was super surprised at the level of talent at the "B" level and that's not even the top."

"I think that just speaks to how much talent will be coming to Brandon," he added. "Especially because that was only players from Canada, this event is the whole world."

With the tournament being on home soil, Jeff knows both the Canadian men and women will have some extra pressure on them.

"With the women coming off a gold medal, the pressure will for sure be on them from the inside," he concluded. "There is always pressure on Canadians because everyone looks at us as a hockey country. The men are always ranked high, but haven't got it done but are always close. Maybe being on home soil is what this team needs to push over the top."

Ticket prices and volunteer opportunities information will be provided shortly.