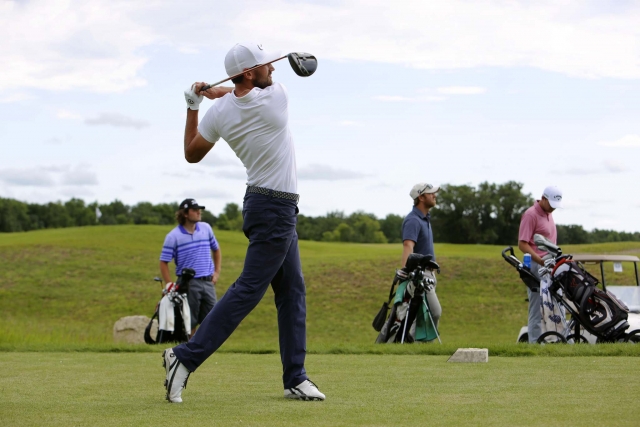 Once a year, the Mackenzie Tour makes a stop in Manitoba for an event. That event is this weekend as the golf season continues to wind down.

The Southwood Golf & Country Club will play host to the Players Cup. The tournaments offers up a purse of $200,000 and it's the 10th of 12 events on the schedule. It also so happens that this year is the 100th Anniversary of the event.

That means admission to this year's tournament is totally free to celebrate.

"Last year turned out great for everyone, the golfers and spectators really enjoyed the Southwood Golf & Country Club," said Adam Boge, Executive Director. "For anyone that hasn't seen this event before, we highly recommend you doing so this week. It's going to be a fantastic week with some amazing shots."

Past players on the Mackenzie Tour include Tyler McCumber and Kramer Hickok. McCumber won last year's event and he's now ranked #21 on the Korn Ferry Tour's Order of Merit. The top 25 earn their PGA Card for the next season. Kramer Hickok won the Players Cup in 2017. This year on the PGA Tour, he made just shy of $500,000.

Tony Finau and Corey Conners also highlight past players, both of which are successful on the PGA Tour.

Kyle Connor of the Winnipeg Jets will also be playing in the event. He's on a Sponsors Exemption.

"You're definitely in for a treat," concluded Boge. "This is really high-level golf and I think a lot of people will be surprised at how good the talent actually is."

With it being the 100th Anniversary, there will be special concessions as well as a Long Drive and Putting contest throughout the weekend.

To get your free tickets, head to Players Cup.